Emma Smith hosts this week's show, while Kirsten is away. 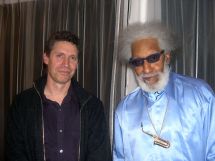 Sonny Rollins
The colossus of the saxophone, Sonny Rollins (pictured right, with Nick Bollinger), talks about 60 years in the jazz business. Listen to Sonny Rollins here.

Martin Rushent
We recall the work of this influential post punk/ synth-pop producer (The Stranglers, The Buzzcocks, Human League etc) who died this week.

Mulholland
It began with his father finding a broken guitar in a ditch near a small southern town called Washdyke on the outskirts of Timaru. Jol Mulholland and his three brothers all learned to play and now Jol is off to New York City with Liam Finn, but not before he releases his first solo album, Eugene Told Me You Were Dead. Listen to Mulholland here.

The Sampler: Nature's Worst
With NZ Music Month behind us for the year, Nick Bollinger takes a listen to Nature's Worst - a compilation of lo-fi songs that deal with some of the more inane, boring, and annoying things about this fine nation. More from The Sampler here.

Liam Finn in session
Liam and his band - lil' bro Elroy Finn and Jol Mulholland - play a special session in London for Music 101, featuring songs from his forthcoming second solo album Fomo. Liam talks about exactly what he's afraid of missing out on, and his parent's band Pajama Party. Listen again here. 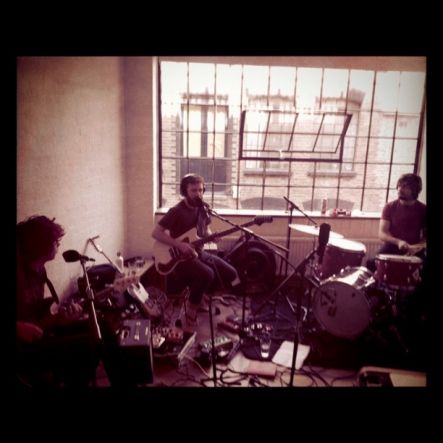 Liam and Elroy Finn, with Jol Mulholland in London