End of an era is nigh for Sky

Sky TV says its chief executive John Fellet will retire from the job later this year. He is - by some distance - New Zealand's longest-serving media boss after 27 years at the helm of a company which had first-mover advantage in satellite and digital TV transmission, but now has stiff competition from online alternatives. 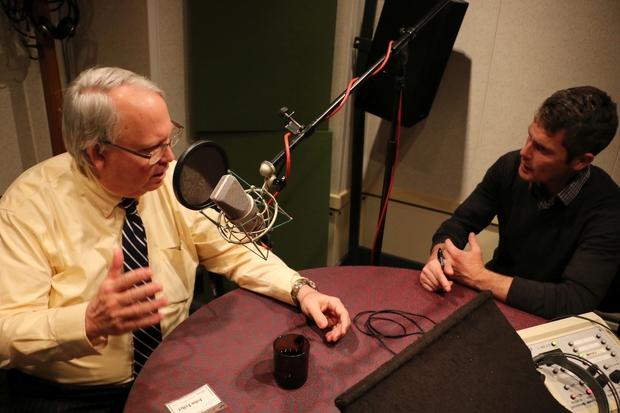 In one sense, John Fellet will be easy to replace.

Surprisingly for the leader of a profitable major company, he didn't have a contract with his employer.

"I am probably the only senior executive in New Zealand media who is under no contract. I have no protection, nor do I want any" he told Mediawatch in 2014 after almost 25 years at Sky TV.

"I love it and I will stay as long as they want me, but if I am not serving the wishes of the shareholders, I think they should find someone who does," he said.

Would he be a Rupert Murdoch-type media boss holding on to the reins in his eighties while pundits speculated about the succession?

"I hope not. There are several people on the staff who could step up and take my role and probably do a better job than I do," he replied in 2014.

"If they opened up a global search they would find ... a bunch of global executives that would jump at the chance," he said.

We'll see. Nearly four years later, leading the big beast of New Zealand pay TV into the future will be no easy job.

Mr Fellet will have a say in who that will be as he will "continue to serve on the board after the transition is made,” according to Sky's statement today.

If things had gone Mr Fellet's way, he would already no longer be the top dog of the business.

A proposed mega-merger with the telco Vodafone would have made him the head of content at a company led by Russell Stanners, his counterpart at Vodafone at the time.

The merger addressed one of Sky TV's major weaknesses: its dependence on linear broadcast via satellite at a time when subscription video-on-demand (SVOD) was on the rise online. The company with the dishes hooking up with one running the broadband pipes made sense.

In 2016, shareholders gave the green light. But in 2017, the Commerce Commission didn't. Precious money and time were lost in the process.

After becoming chief operating office in 1991 and then chief executive ten years later, Mr Fellet spent years reversing the losses and then building and maintaining Sky’s pre-eminent position, using live rights for top sports like cricket and rugby to boost the uptake of its costliest packages.

All the while Sky fended off pressure for regulation of what became a virtual monopoly in pay TV. In 2006, Sky bought Prime TV giving it a foothold in the free-to-air market as well as an in-house partner for free-to-air re-broadcasts.

Sky still holds exclusive rights for many top sports, including - crucially - the All Blacks. The revenues from Sky to New Zealand sports bodies made them Sky's biggest supporters in the past.

Many consumers resented having to pay for live coverage - but they paid. At its peak, Sky had more than 800,000 customers paying just under $80 on average each month. Those wanting sport, movies and premium TV drama paid more than $100.

Sky TV responded by rejigging the packages to make basic ones cheaper, but that didn't address the main problems of stemming the 'churn' rate or attracting new digital-era customers - especially 'mobile millennials'.

Mr Fellet knows the problem only too well.

In June 2016 Mr Fellett told Mediawatch the company's services were perfect for "the boomer generation" with big screens in the house but even his own kids had little interest in it.

Like other young people, they watch shows on-demand on portable devices, he said, and are loyal to "the content, not the company".

"We've got to find a way of turning them into customers," Mr Fellet said at the time.

Sky’s own online offerings - such as Neon and Fan Pass - have been half-hearted attempts to provide on-demand access to those not keen to buy a bigger package including sports. The on-demand platform for subscribers SkyGo has frustrated many users.

"We have some exciting developments underway to take advantage of digital opportunities and to continue to deliver great content to New Zealanders," Mr Fellet said in Sky TV's statement announcing his impending departure.

"I look forward to working with the team as we put them in place, and to finding the best person to lead SKY in the future,” he said.

To shore up the company's digital-era future, these 'developments' will have to be good and bold.