Is sports journalism on the ropes?

“To say I'm worried about the future of sports journalism is like Captain Smith saying he was worried about the Titanic - after it struck the iceberg.” A leading sports editor tells Mediawatch why he fears New Zealand media companies are turning away from sport. 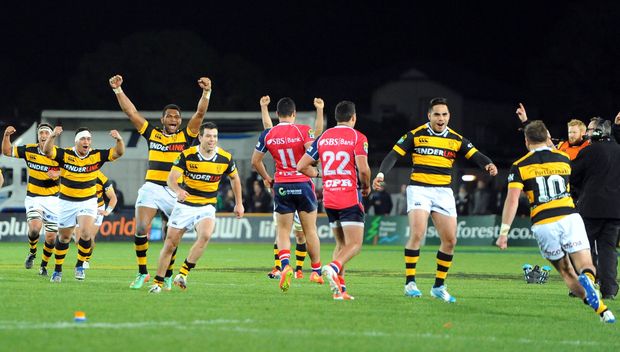 Tasman v Taranaki - a local fixture that may not get the coverage it merits in future. Photo: PHOTOSPORT

That was how the New Zealand Herald’s sports editor-at-large Dylan Cleaver summed up 2017 in a column just before Christmas.

“The argument that we, the mainstream media, will continue covering sport and keep rolling out content because it's what we've always done no longer holds,” he warned.

It’s not common for an editor to write so bluntly - and so bleakly - about her or his own business.

But there’s sports news in every newspaper, most broadcast bulletins and on every major news website. There are entire TV channels and radio stations devoted to nothing but sport, and even online startups like Newsroom and The Spinoff added sports sections to the mix.

So would our biggest media players really walk away from sport?

“It has an important place at the moment, but I sense . . . it won’t play such a part for major media companies in the future,” Cleaver told Mediawatch.

“I believe they’re still committed to covering marquee sports events comprehensively because that's where you get a lot of attention, a lot of unique browsers and readers. But there’s a whole lot of sport nowadays that goes unreported and more that are covered in ways that are superficial,’ he said.

Cleaver’s not the only one alarmed by that.

“Those stories have helped to inspire Southlanders to achieve great things and to feel a strong connection for the place that we live in. Our conversations are generally about either sport or the weather . . . and it's now in jeopardy,” Sport Southland’s chief executive Brendon McDermott said in a letter to Stuff’s Southland Times expressing “deep concern” about the move.

In reply, Stuff said the changes were based on “insights into what our audiences valued most and were made against a backdrop of needing to maintain a sustainable business to fund our journalism.”

“We will still be covering local sport with a national team of 30 sport journalists. National franchises in regional areas, for example, will still be covered by that team, along with other local stories by the newsroom on merit,” said the Southland Times. 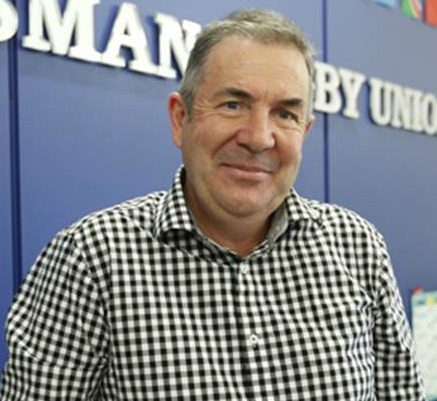 “When the Mako are playing there'll be something in (the papers) and if there's a major bowls event, there might be something in there. But now there is no local sports reporting here of any note. It is really frustrating and I can tell you the readers in my area are not that interested in the Australian cricket team," he told Mediawatch.

"I don't think they have any appetite for anything regional," he said.

Cleaver also pointed out in his Herald article that the Herald’s own publisher NZME has been shrinking regional sports desks for years too.

But neither publisher is a charity, so why should they take a financial hit to cover local sport?

“It’s incredibly important. A Timaru club rugby report may only get 400 views online and they’re paying someone to do that for a couple of hours. I can understand that’s not an attractive business model. But those 400 people are a more effective reach into the target community than a generic Super Rugby story that gets ten times as many (views) nationwide,” said Cleaver.

If local sports coverage drifts away from local papers, people will look to social media. Cricket, for instance, is at the forefront.

"There are still great cricket reporters out there but there are fewer of them. New Zealand Cricket have seen this coming and they are future-proofing their coverage. The NZC website and Cricinfo will become the destination sites for New Zealand's cricket followers. But in NZC's case, you're only going to get the material they want you to read," said Cleaver.

Lewis told Mediawatch Tasman Rugby is already creating its own content to fill the vacuum, and using Facebook to get it to fans.

“We will look after ourselves and I'm not too worried about rugby. We have a big Facebook following, we put our stuff out through apps so we’ll be sweet. I'm more concerned about cricket, bowls and secondary school sports, but people will adapt quite quickly and the bigger losers will be Fairfax,” he said.

Will online operators be able to reel in a substantial audience for sports coverage if major media companies cede the ground to them?

The same week Cleaver wrote his words of warning in the Herald last December, Radio Sport's Tony Veitch pulled the pin on his broadcasting career after 22 years.

He told listeners of his last Veitch on Sport show his new plan is to start his own platform online - and “find new ways to connect with sports fans in this digital age.”

“I want to control my own content and move away from mainstream media agendas which have become all about clickbait. Sports coverage is changing big time, and I don't think any of us know where it will be in ten years time but I want to be at the forefront ” he told his listeners.

The 2016 Olympics gave him more food for thought.

Both NZME and Stuff scrapped their plans to send reporters to Rio after a rights dispute with the organisers. The coverage was all done from New Zealand and continuous online coverage was the priority.

"Our numbers were spectacular. We had a lot of traffic to the website, but we weren't giving them much beyond what they could see on TV," he recalls.

"Have the readers lost their appetite for good sports journalism? Do they just want quick hits and fast-twitch pieces? It scares me a little bit," he told Mediawatch.

While digital technology has disrupted journalism in many ways, it has also beefed up its reach, its variety and its impact.

Cleaver has won multiple National Sports Journalism Awards including one for his articles about the links between dementia and concussion among former top-grade rugby players. More recently his former colleague Dana Johannsen (now at Stuff) produced a moving multi-media piece about the life and death of league player Sonny Fai.

Does the squeeze on sports journalism mean lid-lifting pieces like this are an endangered species too?

"I have hope that those will continue because in every newsroom there are talented journalists pursuing these sorts of stories. Sports desks may get smaller but the journalists are not any less talented," he said.

However, as our major media companies continue on the 'digital first' path, it will be the analytics that determine whether those stories live or die too.