Too much talk about too few polls?

The two big TV broadcasters aggressively promoted and reported the opinion polls they paid for during the election campaign, which returned very different results. How did they compare with the result the mattered last weekend? Do we need more of them - or none at all? 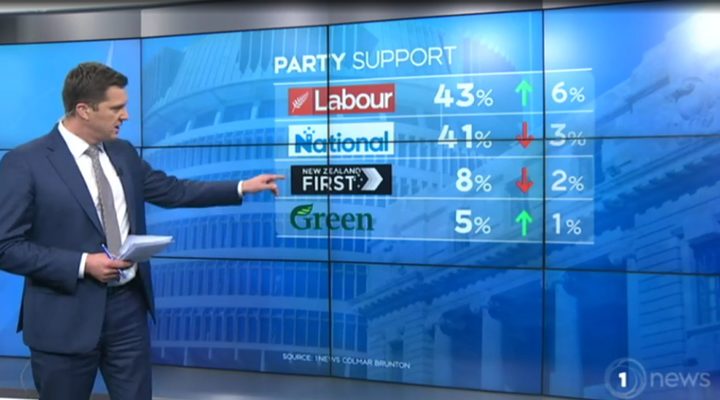 TVNZ’s Mike Hosking spent the first five minutes of the 44 minute final TV leaders debate on the Wednesday before the election asking between Jacinda Ardern and Bill English about the latest opinion poll results.

Two weeks earlier, it was the same in the first debate between the pair.

“(It was) a complete waste of time – especially considering how volatile the polls have been,” said Newstalk ZB's Josh Price in reponse.

Like viewers at home hoping for debate about political differences between the two main parties, he was frustrated so much time was taken up with public opinion - specifically those polls commissioned by the two main TV networks who hyped up the results in a big way. 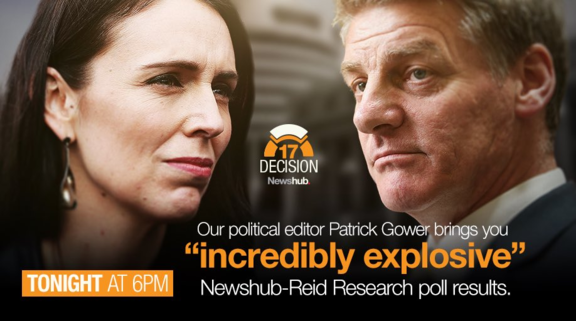 Newshub were not exactly underselling the results of its latest opinion poll this week. Photo: screenshot / Newshub

Another poll had Labour on 44 per cent support, ahead of National on 40 per cent and the minor parties fading. Soon after, Newshub's poll had National 10 points ahead with potentially enough support to govern alone.

"Either support is swinging wildly between Labour and National as we hit the final straight of this election campaign — or the polls are wrong," said Fairfax media's political editor Tracy Watkins.

Rogue results can happen, but if the polls are that far apart, can they possibly be accurate? Election results in the UK this year and in the so-called Brexit vote defied the pollsters' predictions.  And few predicted Donald Trump would now be living in the White House (and Trump Tower).

“The discrepancy between Colmar Brunton and Reid Research's polls is larger than any I can recall," polling expert Prof Jack Vowles from Victoria University said on Newsroom.co.nz - just before the final TVNZ poll.

"Perceptions of difference between a close race and a more skewed one do affect party strategies, and voter choices," wrote Prof Vowles.

Sean Plunket - the communications director for the unsuccessful Opportunities Party told Newstalk ZB it was a "farce" that Labour changed their tax policies based on poll results two weeks before election day while people where already voting.

"Polling on who people are going to vote for changes he outcome of an election because of how our minds work and because of the way the average New Zealander votes," he said.

For that reason, Newstalk ZB’s Josh Price also argued it’s time to ditch political polls for six months in the build up to elections.

"I have spoken to people who have told me they would like to vote for Gareth Morgan’s Opportunities Party. A lot of people in their mid-twenties  can relate to what he is saying. But when asked if they would vote for the party, most simply said “Nah, it doesn’t look as if they will reach five-percent, it will be a wasted vote,” he wrote.

"That’s not how the system should work. People shouldn’t be influenced by a thousand or so people who were called up randomly," said Josh Price.

It turns out that long before the election even TV3 - which promoted its polls and reported the results polls as aggressively as possible - was having doubts about them.

In a video made for the Maori Televisoin's Media Take, Newshub political editor Patrick Gower said they'd reconsidered the whole idea, but decided to carry on with a new method combining online questions with phone polling.

When election day had come and gone, Newshub’s Patrick Gower took to the Newshub website to insist its Reid Research polls were "vital and correct".

Stuff.co.nz showed averages of credible pollsters' surveys were close to the eventual result in previous elections too.

But this time round, there were fewer polls as well. Previously, news publishers Fairfax Media and the Herald’s publisher NZME  - formerly APN - commissioned opinion polls from other pollsters, but not this time - reportedly - to save money.

RNZ's Guyon Espiner suggested on the Caucus podcast that the Electoral Commission could fund more polls to fill the gap - as a public service.

Do we need more polls - or if they disappeared altogether would we miss them as much as the broadcasters who commission them for their own newsgathering purposes?

Gavin White was formerly a pollster for the UMR company here in New Zealand. Now he’s working for an offshoot of the company in Australia, UMR Strategic Research. While UMR

"We do need more polls," he told Mediawatch.

'All of the companies do a lot of work to account for such biases. They are more aware than anyone about the decline of landlines," he said.

He says media created confusion over apparently conflicting poll results. Polls taken at the end of the campaign period are usually close to the actual result. Reports focussing on single polls accentuate the differences, but it is often not clear to the public that the survey periods are different.

"Why would a media company commission a poll if they can't get maximum value out of it? But media need to report polls more responsibly," he said.

Should we just do away with polls during campaigns?

"There is a need in the media to report what's happening in the contest," he says, pointing out that political parties won't stop doing their own internal polling.

"If you don't have legitimate polling people would then draw conclusions based on quasi-polls and vox-pops," he says. 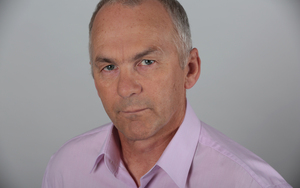 "The polls are problematic,"says Brent Edwards, the outgoing head of newsgathering at RNZ, which only reported average "poll of poll" results.

"The TV channels pay a lot of money for those polls and I think it distorts their news judgment," he says.

"We were trying to report the trends, but I have to say each time one of those individual polls came out our news programmes got excited too" he told Mediawatch."I'm not sure polls are a public service. Politicians make the point that there's only one polls that matters. It sounds trite - but it is right.

"However, polling is a fact of life. you;re not going to get rid of it," he says.