Was Prince Harry right to decry 'harassment' by media

Prince Harry says “a line has been crossed” by the media in "a wave of abuse and harassment" of his new girlfriend, Meghan Markle. Fair call? 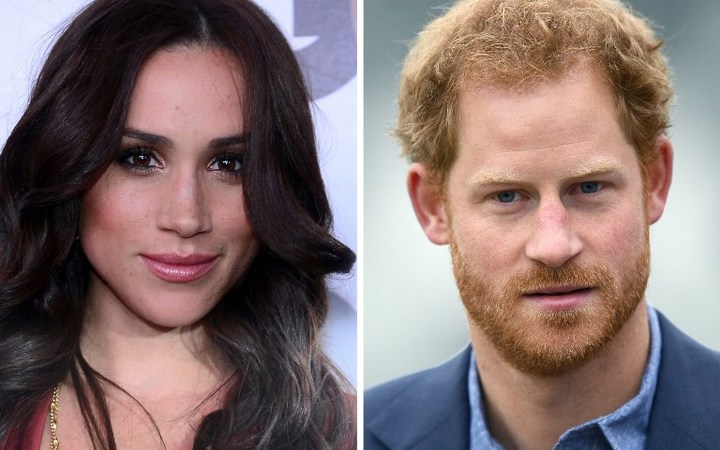 Meghan Markle and Prince Harry have been in a relationship for a few months. Photo: AFP

When Princess Diana died in that crash in Paris in 1997, the finger of blame was pointed at the paparazzi pursuing her. By extension, the media which demanded candid snaps of her were also condemned.

In the wake of her death, the Windsors struck a deal with the British media. They would get access to stories and images of her young sons - William and Harry - if they agreed not to harass them in their daily lives, and put down the long lenses.

By and large, that bargain held as the princes grew up - and even as they became adults.

In 2012, grainy photographs of Prince Harry in a Las Vegas hotel hit newspaper front pages in the UK. But the British press still respected some boundaries, agreeing not to reveal the prince was serving with the British Army in Afghanistan. However, he was forced to return home when the news leaked out in Australia, and then spread around the world.

But the media appetite for stories about the princes’ private lives remained strong.

The media ran stories about Prince Harry’s previous girlfriends, which strained those relationships. It was part and parcel of being in the public eye. But the statement released this week, authorised by Prince Harry, said "the past week has seen a line crossed”. 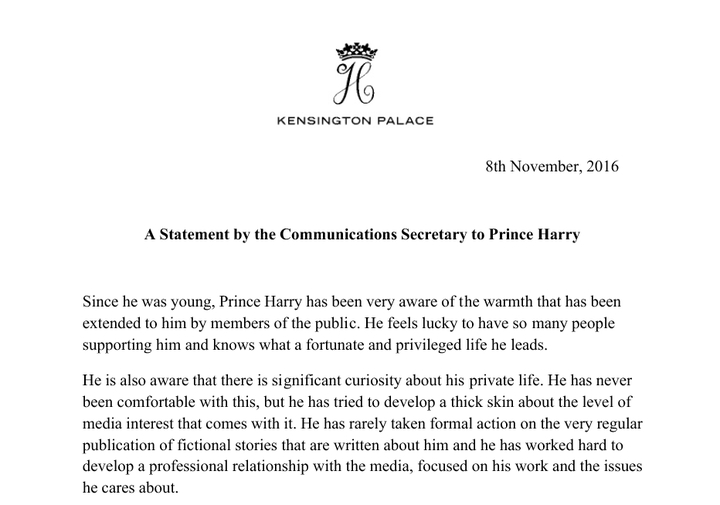 “The tabloids are back ... at their old game of deliberately confusing what is in the public interest with what is interesting to the public,” said the UK’s Guardian this week.

But this time it is the prince’s girlfriend bearing the brunt of the harassment - and it is happening in the US and Canada.

Reportedly, journalists have tried to break into her home, one of her ex-partners has been offered money to talk and family members have had photographers outside their houses. The Kensington Palace statement also said legal battles have been fought daily to keep defamatory stories out of the press.

That certainly is over the line, given that she has not done anything wrong.

What was posted on the X-rated website were just clips of intimate scenes from the show Suits, in which Ms Markle appears. A laughable story.

But what was no joke was the hint of racism in some others.

Many articles about the relationship referred obliquely to Ms Markle's mixed-race heritage. One UK paper comment piece said if the couple had children, “the Windsors will thicken their watery, thin blue blood and Spencer pale skin and ginger hair with some rich and exotic DNA”.

That is thought to have prompted "the outright sexism and racism of social media trolls and web article comments” cited in the statement.

The media can claim they are not responsible for the online responses of readers, which is true, but where royals are concerned, the media have a bizarre sense of entitlement.

“If he really wants this to go away ... give the press what they want," the royal correspondent for the UK's Mail on Sunday said this week, passing the blame back to the prince and his royal media minders.

"What they want" is pictures of the couple and words about their personal relationship to sell to the readers and viewers. Withholding them invites trouble of the type complained about in the prince's statement.

But as Prince Harry's mother discovered, even if you give them that - they will still want more.