Ex-editors team up to provide 'news of importance'

Two of New Zealand's top news men are going into business together - and aim to provide communications advice and quality journalism at the same time. Mediawatch asks how that's going to work. 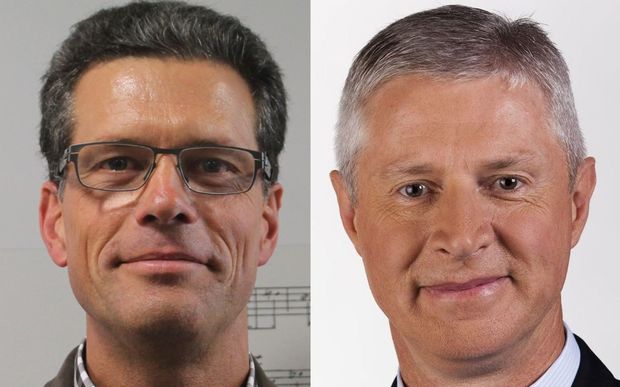 When senior journalists leave the media they often resurface again in the more lucrative world of public relations or communications, cashing in on their experience and contacts list.

So it was not much of a surprise this week when two men who had held two of the most senior jobs in the New Zealand media scene announced this week they’ve gone into business together as consultants.

But their plans also include a new news website to cover important news and issues.

Mark Jennings was head of TV3 news until March, while Tim Murphy stepped down as editor-in-chief at The New Zealand Herald last year.

The pair announced this week they had set up the Jennings Murphy media consultancy, with plans to launch the news website by the end of the year. They said they were already working on a project with former TV3 current affairs journalist Melanie Reid. Other journalists wanting to get involved had already been in touch, Mark Jennings said,

Mr Murphy said the idea for the site was a response to “people saying to us, ‘Why can’t we have news of importance,’ and ‘Why can’t we have stories and coverage and obvious prioritising and editorial judgement on things that matter'.”

He said the main news websites were increasingly driven by a need to attract more online traffic.

“It has turned more in the digital space to tabloidism. Not particularly clever tabloidism, in my view. I think good tabloidism is genius.”

Mr Jennings said the website would be very much a New Zealand site. “Even though we both read and like The Guardian and what they’re doing online, we need to be the New Zealand version of that.”

Conflicts between consulting and news

The New Zealand Herald’s media writer John Drinnan called the new business a media consultancy which “has the potential to make an impact in journalism – and advertising”.

Mr Murphy said there was not necessarily a conflict between being a media consultancy – which sounds like PR by another name - and running an editorially-driven website.

“We don’t see it as public relations. We haven’t used that term. We’re not seeking to have a client base in the way the public relations firms do. Our clients might be media companies possibly seeking to improve themselves. We wouldn’t say no, for example, to some sort of media training but we’re not going to sit there and talk about how to lie to the media and that sort of thing. We obviously don’t go near any of that sort of thing.”

“We would straight away declare any sort of conflict of interest," said Mr Jennings.

"You see on a lot of sites now what’s called native advertising -content that is paid for. It might be interviews with CEOs. It sits on sites like nzherald.co.nz and it’s very clear who that is representing. We would be the same.”

If, for example, the Ports of Auckland became embroiled in another conflict with its staff, Mr Jennings said the pair would have to take a look to see if they should take on that sort of work.

“But if we did, and then we were writing about it, we would declare that they are clients of ours or that we’d advised them."

Mr Jennings said the advantage the pair had when it came to the consultancy side of their business was that they had only recently left the mainstream media.

“It’s such a fast moving landscape that you do lose your knowledge and contacts. And I guess Tim and I come out very fresh from that with large contact books and connections and an understanding of what’s happening in the media right now.”

Mr Murphy said they had had talks with possible investors, but it was at a very early stage.

Mr Jennings added they had already had talks with “major organisations” about pitching for New Zealand on Air funds for documentaries and digital content.