Never mind the media - we're spying on ourselves

The media used to fear a public backlash about privacy would curtail their "right to intrude". Now they reap the benefit of people revealing all on social media. 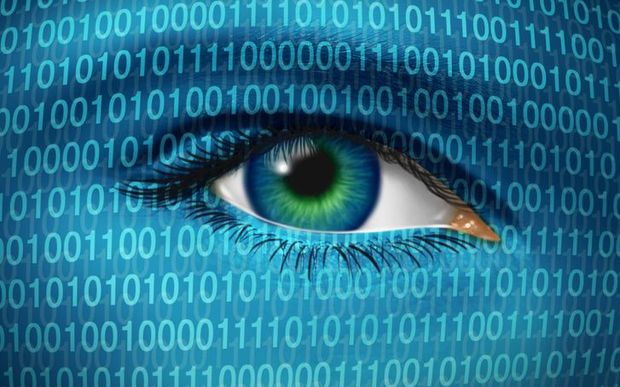 Ten years ago, the news media were worried about people standing up for their right to privacy - and rolling back the media's right to pry... in the public interest, naturally.

In March 2006, The Dominion Post warned darkly about "the cult of privacy that has enveloped New Zealand since the Privacy Act came into force in 1993" - even though the media were in almost all cases exempt from that law.

The paper was mainly worried about a rising public expectation that peoples' privacy should always be protected, and that this was being encouraged by the courts and bureaucrats.

At a Privacy Commissioner’s forum the same month, then-editor of The Press Paul Thompson (who is now chief executive at RNZ) spoke of a “privacy protection movement”.

"There are forces at work that would like to strengthen privacy protection and make it more difficult for the media to do its job," said Mr Thompson.

Around the same time the Broadcasting Standards Authority had surveyed broadcasters and ordinary New Zealanders and found they had very different ideas on what was fair and acceptable. Many of them believed, for instance, that people should always have to give consent to be filmed, even in public.

"Privacy will become non-existent because we will need to be less and less private in order for us to exist as a society. Our right to live and to exist as a community says that we cannot be private. Ultimately, philosophically, I am personally against preserving a privacy right that gets in the way of the society thing.”

At the time, media law expert Steven Price (now a barrister) said on Mediawatch it was a shame the BSA didn't say who that broadcaster was "because you'd think that person could hardly object to being identified, and it would be fun to wiretap their phone and send round a camera crew to film them on the toilet".

Not everyone's idea of fun - and scarcely in the public interest - but his point was clear.

During Privacy Awareness Week in 2016, the Office of the Privacy Commissioner launched an online tool to help people to access their personal information held by companies and state agencies. They invited the UN’s first special rapporteur on privacy, who said New Zealand privacy laws and regulations were "inadequate in 2016".

There was also a Privacy Week forum, which Mediawatch took part in, about the media, journalism and privacy.

A survey showed New Zealanders are more concerned about individual privacy than before. They fret about their data being stored and shared by others - and nearly nine in 10 people were worried about private information children are putting up online.

But with worries about what the state and large companies were up to with information, it seemed the mainstream media were well down the list of pressing privacy issues for most people.

But ten years ago Twitter and Instagram didn’t exist. Few had heard of Facebook or YouTube and while cameraphones had become a thing, few could shoot video that would swiftly end up on the web.

Now, many people routinely post more information on social media about other people - and even about themselves  - than any media outlet ever could or would want to make public.

Where the media were once wondering whether they should reveal to the public information or images that would otherwise remain private, now they’re frequently left wondering why they shouldn’t publish things circulating on the internet that much of their audience are already aware of. 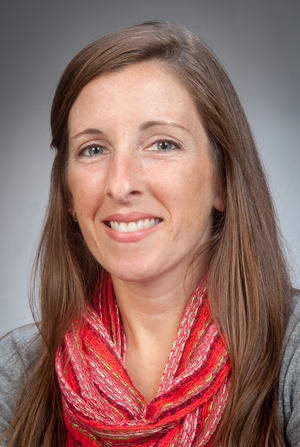 Kathleen Kuehn teaches media at Victoria University of Wellington and has been researching the issue for an international collection called “Scandal in a Digital Age”.

She focused on the now notorious "office sex romp” in Christchurch last year.

About 50 patrons at a pub in Christchurch witnessed, recorded and distributed photos and videos of two office workers having sex inside an adjacent insurance building after business hours.

The videos and photos quickly went viral after posts on Facebook, YouTube, and Reddit were picked up by mainstream news organisations and blogs and viewed by millions of people worldwide.

The individuals were not named but, it was revealed one was married. They were a senior-level manager in his 50s with teenage children and his 25-year-old secretary, who had just recently broken off an engagement. Both the man’s wife and the woman’s former fiancé reportedly learned of the affair on Facebook, just like everybody else. 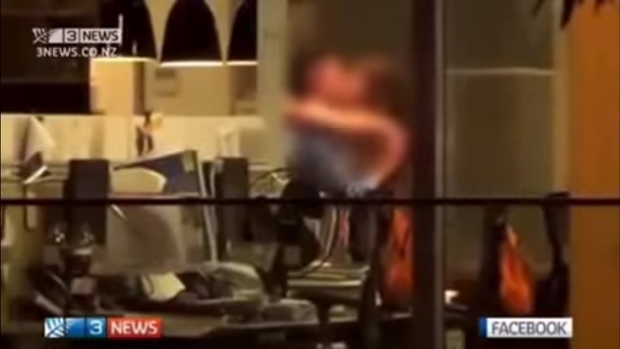 Images on Facebook were broadcast by 3 News and in turn posted in YouTube videos like this one as the "sex romp" story went viral - and global. Photo: screenshot

But did their actions really count as surveillance or just old-fashioned voyeurism prompted by the novelty value of seeing something so unexpected in public?

“Surveillance is the storage and recording of personal information for the purposes of management, entertainment and control. Most people probably did this for entertainment – but it is a form of social control”.

The compulsion to record and distribute it over-rode concerns about longterm consequences for the people concerned, she says.

While the "sex scandal" began with members of the public, the new media amplified and intensified it, Dr Kuehn says.

“The traditional news media still play a major role in taking something from a story to a scandal," she said, "and that took it from a local story to an international one."

The media may also have influenced how the people who saw the "sex romp" behaved.

“These people were just doing what they see others doing in everyday media culture. And when we are so used to falling under surveillance now, we acquiesce when it happens”.

She cites US communications scholar Clay Calvert:  “The more accepting we are of having our own behaviour visually monitored and recorded, the more our comfort level with watching others’ activities increases.”

And in the clickbait era, many news media are only too willing to take advantage of that.