What's the demand for on-demand video?

Media companies now offer us plenty of online video, both short and long: Netflix, Lightbox, Neon, 3 Now, TVNZ on Demand, WatchMe. But traditional viewing on old fashioned TV sets still make up the most of our screen time, according to the audience research. Is the demand for on-demand video overstated? 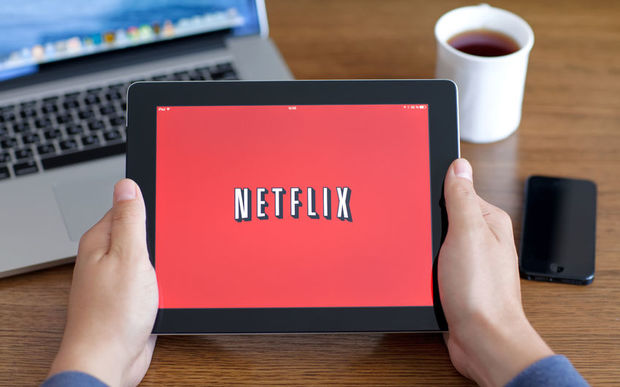 Many households now have accounts with online streaming services such as Netflix. Photo: 123RF

The New Zealand Herald recently reported that the Harris family from St Heliers used to gather in front of their 42-inch TV in the lounge last year to watch My Kitchen Rules together. Now? Not so much.

Mum Teena streams an episode of Netflix on the TV at night after coming home from work and doing dinner and the evening chores. Their 14-year-old son Sam has moved off the big screen altogether, watching action dramas like Homeland on his iPad. And daughters Sally  and Molly follow the same teen dramas on Netflix that they used to watch on Sky's Disney Channel.

Dad Craig is a bit more old school, though. He told the Herald he still watches his movies, documentaries and news on free-to-air TV channels.

"For the older generation it's quite nice to switch the TV on and see what the state's serving up to you," he said.

It wasn't quite Cold War East Germany before the internet and online subscription services got up and running here, but they certainly have given people far more choice.

"The way we watch television is changing fast," the Herald concluded. "Online viewing is fast becoming the new TV.”

More than half of households now have some form of digital PVR (personal video recorder) and many now have accounts with on-demand online services such as Netflix and Lightbox too, though their precise numbers of subscribers are a commercial secret. Collins English Dictionary chose "binge-watch", which describes the way some viewers now watch episode after episode of TV, as its 2015 Word of the Year.

The Herald's parent company NZME launched a new free video channel, WatchMe, last month, offering mostly short local comedy made specially for online viewing. Most of its stars are in-house personalities from its radio networks and newspapers, including comedian Leigh Hart. His parody talk show Late Night Big Breakfast has been on TV before, but was buried in late night TVNZ slots. WatchMe now offers it in seven-minute bursts.

New Zealand on Air - in other words you, the tax payer - has funded two original series for WatchMe, to the tune of $100,000 each. One is Yeti, a comedy based on a stage play, and the other is a video version of satirical political website The Civilian. This week New Zealand on Air announced more than $700,000 worth of backing for four new documentaries to be distributed digitally.

TVNZ on Demand also offers locally - and cheaply-made short videos, but also carefully-crafted top quality clips from overseas. This month it dumped several entire series from the UK and the US on TVNZ On Demand, making it available for free to those prepared to register. In the past, TVNZ would probably have screened them on TV1 or TV2, possibly late at night if they didn’t think they were likely to pull a big crowd in prime time.

Other media companies, including RNZ, are offering short sharp video too. The short video movie review Widescreen, for example, runs on RNZ’s website and YouTube. It's becoming increasingly common to see videos accompany routine news stories on RNZ's website too.

This year, TVNZ launched One News Now which offers "unfiltered breaking news and features". Where TVNZ once offered full reports from Breakfast, and its midday and 6 pm bulletins, One News Now has far shorter stories and even shorter videos. TVNZ says people watched One New Now videos more than 8 million times in October. The average duration was 1 minute, 22 seconds.

They're not the only ones morselising their news online though. Even the BBC is encouraging reporters to produce short "explainer" videos in which they treat the viewers "as a friend". Among the guidelines for BBC reporters is:

Brevity is best: complete videos should normally be about 1min-1:30min, unless the footage or story is incredibly compelling – in which case you could stretch it.

Do all these new online options mean old-fashioned TV viewing is falling off a cliff? According to figures from audience research company Nielsen, the eyeballs of most New Zealanders are still firmly fixed on TV sets at home.

Of all home TV viewing, 91 percent is watched live and 72 percent of us only ever watch TV programmes on a TV set. Only 4 percent of people surveyed watched their all programmes excusively online. The average viewer watches 20.5 hours of broadcast TV - both pay and free-to-air - but just one and a half hours on digital devices.

While Netflix, Neon and Lightbox are far cheaper options than Sky, more than 800,000 households still subscribe to the pay TV giant. Latest research figures for radio listening revealed the proportion of people listening regularly increased for the first time after years of steady decline.

So do these still-strong traditional media habits mean the appeal of video-on-demand has been overstated?

A matter of taste? 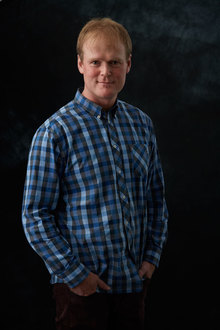 "It's a bit like craft beer," says Ben Fahy, associate editor of the media industry news website Stop Press, who has been analysing the latest figures and trends.

"There's a lot of attention devoted to it, and a lot of growth," he told Mediawatch. "But it's from a small base. My Dad still drinks DB."

"They have money and there's a lot of them. But as vice president of Netflix Todd Yellin has said, demographics are largely worthless because these days 75-year-old women watch reality shows not made with them in mind, and 18-year-old boys are watching gardening shows," says Fahy.

When Spark offered up Lightbox at a discount earlier this year - and free to existing Spark customers - critics claimed this showed it was not cutting through. But the online operators have their own statistics showing demand is rising. Lightbox recently released research claiming a quarter of adult New Zealanders regularly watch TV via the internet and 23 percent stream paid services. Research company Roy Morgan says one in 10 New Zealanders have taken to Netflix.

Fahy agrees change is afoot. "Lightbox is partly a marketing tool for Spark, encouraging people to take up plans and use data. Netflix also gave free trials to get people on board and it is growing. The trend is that internet TV will continue to grow and linear (live broadcast) TV will continue to drop".

Free services like TVNZ On Demand will host increasing numbers of shows that will never screen on TV1 and TV2. TVNZ claims more than 900,000 people have signed up for the service, handing over private information which TVNZ uses to target its content and ads. The people have become the product.

"People will offer themselves up if they get something for free," says Fahy. "That value exchange is pretty clear now".