Journalists have long complained that their Official Information Act (OIA) requests are deliberately delayed and subject to political interference, but a review of the law - the largest ever - by the official watchdog has found no evidence to back up the claims. But does that mean there is no problem? 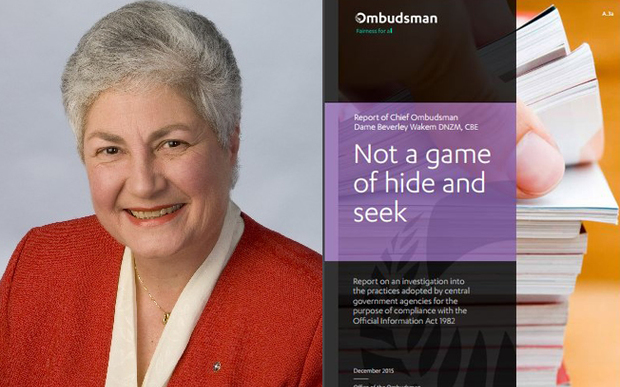 Last year, author and investigative journalist Nicky Hager’s book Dirty Politics revealed cases where official information was released for what appeared to be political purposes. Prime Minister John Key subsequently admitted that his ministers held back information if it suited them.

Chief Ombudsman Dame Beverley Wakem said Mr Key had displayed a “cavalier disregard for the law” and announced a review of compliance with the Official Information Act. Journalists were pleased. Many believed their reasonable requests had been disregarded or kicked into the long grass.

The review report was released on Tuesday and warned the Act should not be "a game of hide and seek." Politicians had sent out mixed messages about official information, said Dame Beverley, and the assumption that delays were deliberate had created a “downward spiral of suspicion”.

But, after 2500 submissions, 500 survey responses and interviews with more than 300 people, the biggest ever review of the Official Information Act found no evidence of direct political censorship. Where ministerial officials had tried to limit the scope of information released, the law was complied with in the end, the report said. Officials made the final decisions rather than ministers, as they should, and "government officials have a genuine desire to ensure that they are compliant”.

So important official information is always released to journalists without undue interference or delay? On closer inspection, the report, entitled Not a Game of Hide and Seek, didn't quite say that.

The report said the “no surprises” principle in the Cabinet Manual - which requires agencies to brief their ministers about the release of potentially newsworthy information - makes agencies “vulnerable to non-compliance” with the law.

There is no doubt in my view that the current practices around the consultations on requests with the Minister’s office are driven more by personalities, personal relationships, and political nervousness arising from the media and political environment, rather than any policy or legislative requirements in the OIA.

The report also referred to confrontations between ministers and their advisers about OIA responses, and it said these advisers were often advising not only the minister but also the government agency. 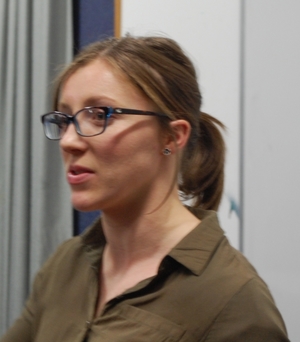 Like many journalists, Megan Hunt has had her frustrations with the OIA. She has canvassed others journalists’ experiences and those of public servants who handle their requests for information. Before the release of the Chief Ombudsman’s report, Hunt told Mediawatch that public servants felt under pressure from politicians and their advisers.

"They were under pressure from inside their department, and pressure trickling down from ministers' offices, until it gets to the people dealing with the requests," she said. "They're between a rock and a hard place."

"In some places, everything that's going to be released is run past the minister's office," Hunt said. "Public servants know that. It has the potential to create risk aversion."

The watchdog and the rottweilers

Not a Game of Hide and Seek said that various media agencies and journalists were asked why they had not reported that the public could contribute to the OIA review.

"The replies were frank and honest," the report said, summarising them like this:

Dame Beverley had also criticised the media the week before the report was published. She said they fired off huge and unreasonable "bucketload requests". She sympathised with journalists stripped of resources and outnumbered by PR people, but said if civil servants were a little “gun shy” it was understandable when confronted by journalists acting like "rottweilers on heat" chasing a "gotcha" story.

She also said some reporters were sometimes not interested in facts that didn’t fit the stories they wanted to report.

If Wakem had made these statements when first appointed, they would be good grounds for seeking her resignation. It is not for the Chief Ombudsman to tell anyone to be polite and humble when asking for information. It is most certainly not for her to suggest that officials can obstruct information when they are irritated. 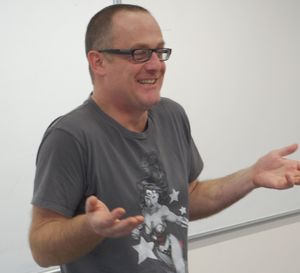 David Fisher says there are problems with the OIA. Photo: RNZ/Jeremy Rose

New Zealand Herald senior reporter David Fisher has long complained of delays and obstructions to his OIA requests. The Hide and Seek report quoted a speech in which he argued that after 30 years of the OIA, it should be understood when information can be withheld or released.

He told Mediawatch direct evidence of interference was never likely to be found except in extraordinary cases, "but if you dive deep into it, the details describe a rich environment for problems".

He points to survey results in the report in which workers were asked about ministers or their staff getting involved in responses to OIA requests. Substantial proportions categorised such involvement as "inappropriate" when determining whether to release information, or where the balance of public interest in disclosure lies.

Dame Beverley recommended regular investigations of OIA compliance and practices, with the findings to be made public. Her report also said:

Agencies should ensure their interpretation of the ‘no surprises’ Principle contained in any OIA policy is not characterised as seeking a clearance or approval by their Minister on an agency’s proposed response to any OIA requests.

"That spells it out for public servants, no matter what the point in the electoral cycle is, or which government is in power. I think there will now be more caution when it comes to exerting political influence," says Fisher. "The law is a huge legislative act of good faith. It needs to be treated that way".