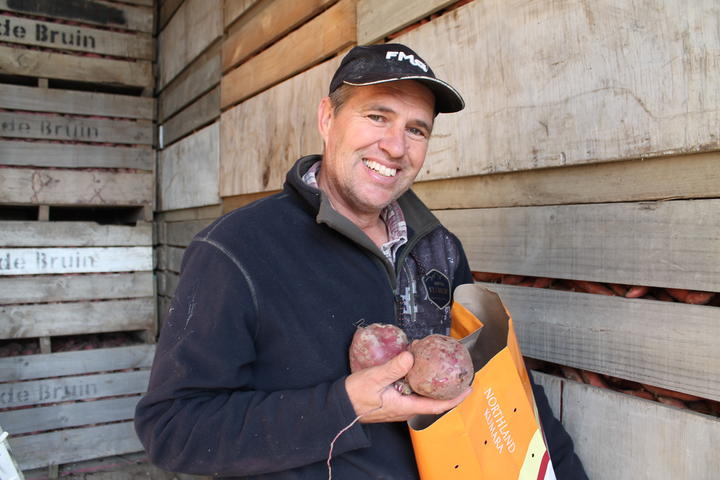 Cooks will have to peel fewer gnarly kūmara this year thanks to a very unusual growing season.

Country Life producer Carol Stiles was in the kūmara capital recently and called in to see Andre de Bruin,  who has been growing kūmara around Dargaville for 25 years.

This season has been one out of the box for kūmara growers like Andre de Bruin.

It has resulted in an "absolutely stunning" crop, largely due to the heat and the big dry in the North.

He says the season has been one of the most interesting kūmara growers have ever had - from the extraordinary drought to the lessons of the Covid lockdown.

"The drought early on was very stressful," he says.

"There was virtually no canopy on the kūmara in the light soils. They were really struggling to survive.

"Normally in March there'd be canopy (the leaves of the plant) up around your knees but some of them were barely four or five stalks out of the ground."

In Northland, growers normally harvest at between 120 and 130 days. This year the root crop took up to 170 days to mature.

He says the cool mornings in late summer was what kept them going.

"We got enough moisture to size the crops in March and April from dew in the mornings. Because it was quite cool in the mornings, clear days, clear nights, we were getting good solid fogs and the moisture was settling on the leaves of the plant. They would suck in the moisture but during the day they would completely wilt down again. You'd wonder if they could stand up again.

"It's amazing they continued to survive when many of the weeds and grasses were killed by the drought." 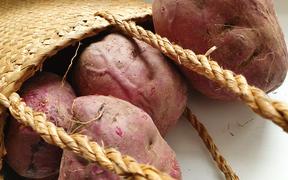 Harvesting through lockdown was a "surreal experience", Andre says.

"We were very privileged to be able to work while everyone was locked in their houses but also it was a real responsibility for us and our workers to follow the rules, do the proper distancing, to keep our people safe and make sure that we didn't become a vector to spread this virus."

Normally, Andre's harvesting gang would number up to thirty. This year because of the social distancing rules, it was around half that.

And there was a noticeable lift in people's spirits, as they had gone from being labelled "seasonal workers" to being "essential workers".

"That caused a real attitude change - and probably a change in attitude among us growers as well. There was a lot more pastoral care of people.

"The way they worked this year was just incredible."

He says the status of workers really mattered.

"The reality is all work is important. Seasonal work whether it is picking apples or planting cabbages or caulis. It is extremely important for New Zealand and their work is valuable.

"We hope a good lesson comes out of this for everyone."

During the Covid lockdown, demand rose for vegetables that would keep and that meant kūmara "were flying off" supermarket shelves, he said.