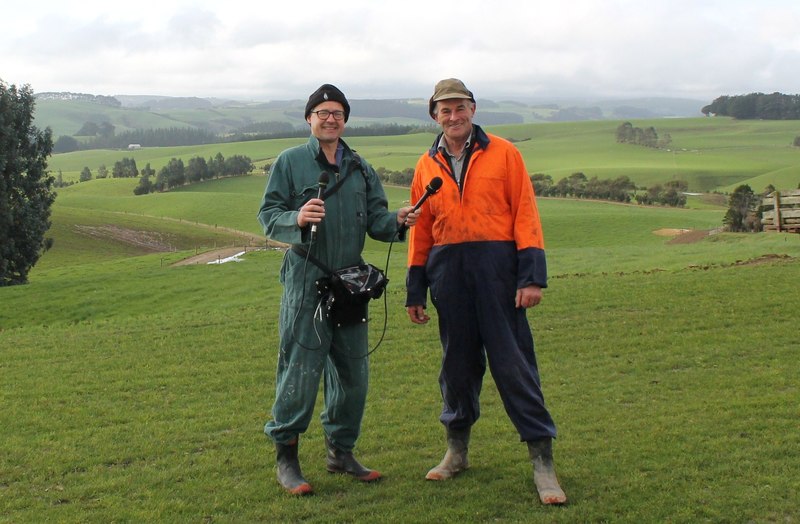 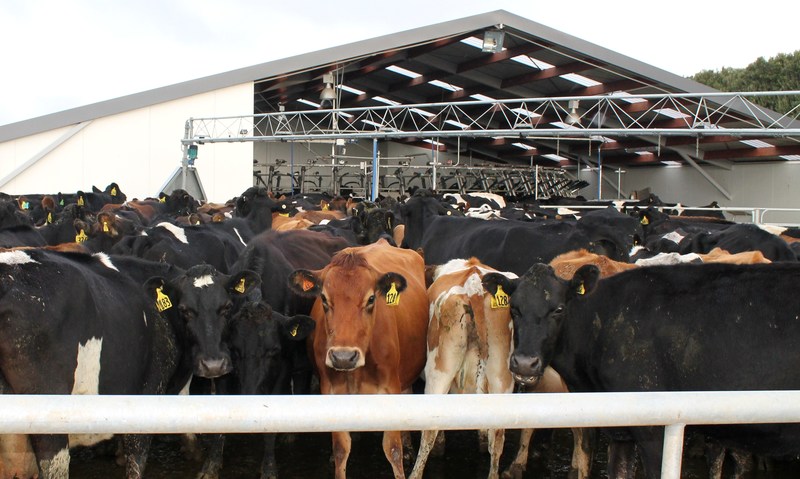 Cows waiting to be milked 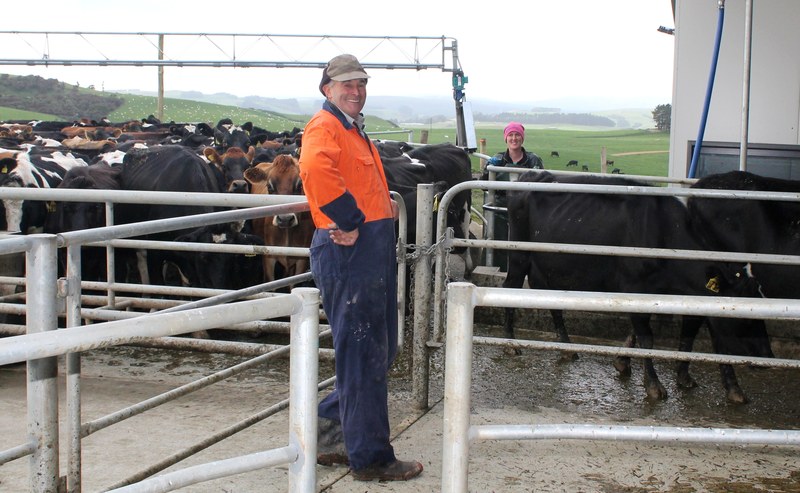 Ian and Rachel at the milking shed 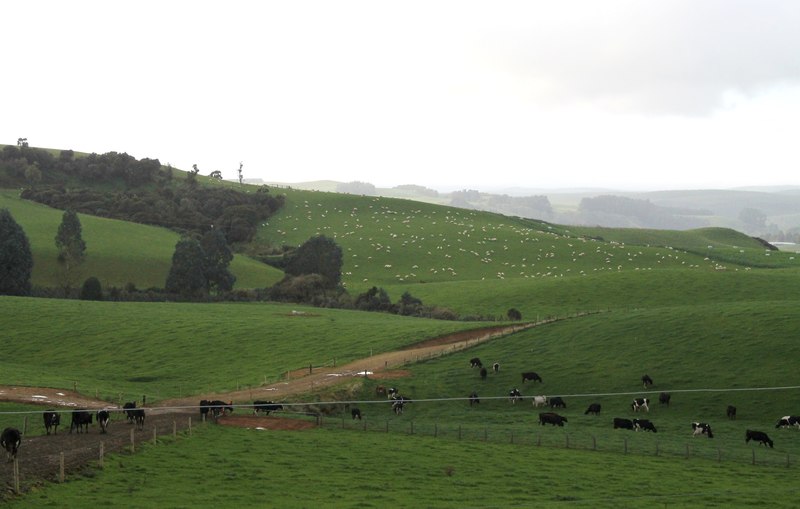 Back to the paddock 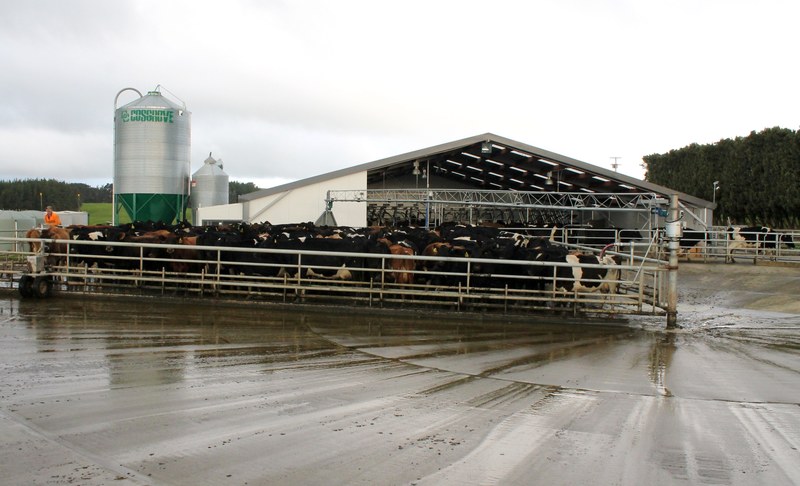 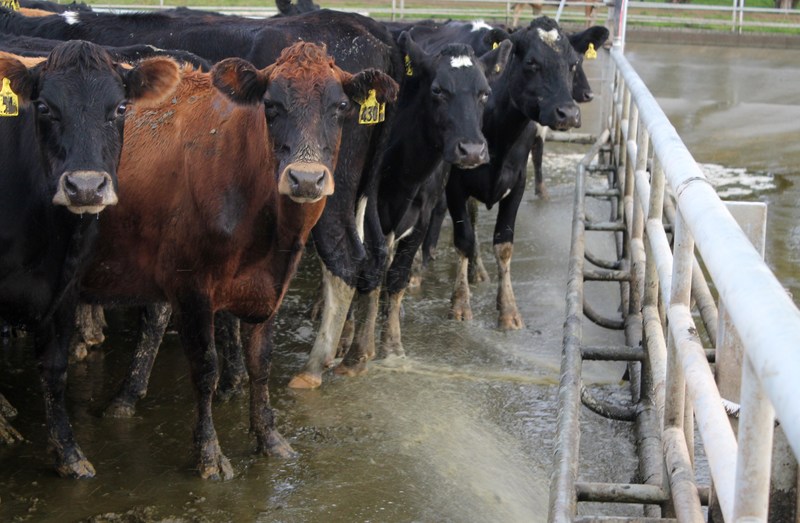 Ian gets stuck in the mud 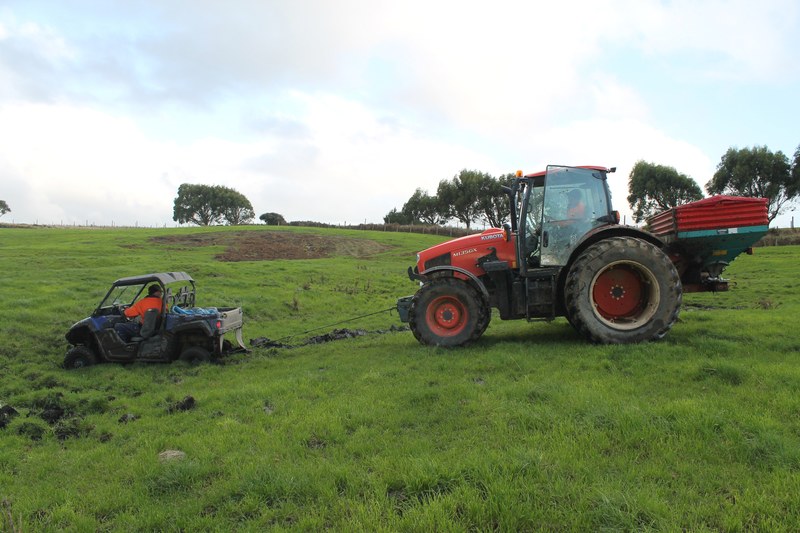 A tractor to the rescue!

"Once you make a decision you run with it and that's the way we've done our life,"  Southland sheep and dairy farmer Ian Smith says.

Ian and his wife Heather have lived on Waimahaka's rolling hill country for more than 30 years. Ian is the third generation Smith to farm sheep and beef on the property. The farm has grown from 360 acres when his grandfather bought the land in 1927 to more than 1000 today.

When Ian and Heather's daughter and son-in-law showed an interest in coming on to the farm the decision was made two years ago to convert to dairying in the knowledge that sheep farming on the property couldn't sustain two families.

However along the way their son-in-law realised he really wanted to stay a dog and sheep man.

"We knew they were leaving before we really started the main bits of the conversion so we said 'this a family farm what do we want to do? We've got two choices, either sell or convert," and it was alot pig-headedness I suppose and not being finished with farming that drove us to carry on," Ian says.

Once the bank gave the heads up and hundreds of pages of resource consents were ticked off, the Smiths built a million dollar rotary milking shed, bought more than 400 cows, put in seven kilometres of laneways and got waterways and paddocks fenced off.

The Smiths believe they've made the right decision to go milking but it's been a big learning curve for the couple and, after some initial staffing issues, finding a trustworthy and reliable farm manager has finally got the dairy operation running smoothly.

"All I can say is we've taken the best choices at the time and the future will prove if we are right or wrong".