Down to the Wire and Let's Get 'Em Down Safety Campaign 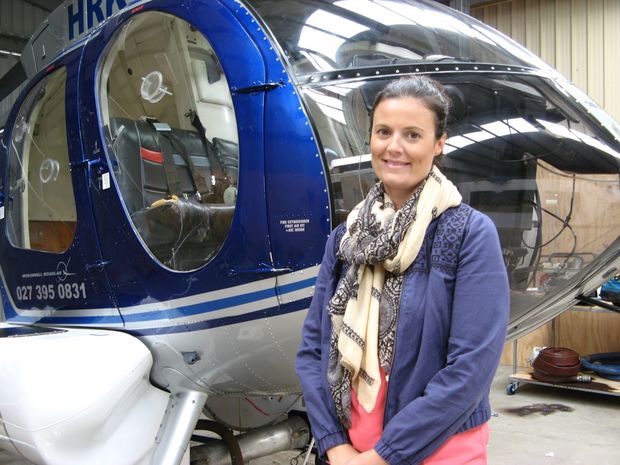 Two campaigns, ‘Down to the Wire’, and ‘ Let’s Get ‘Em Down’,  are encouraging farmers to remove unsafe wires, often electric fence wires strung across a gully, from their farms.

Both campaigns are dedicated to a helicopter pilot, Peter Robb, who lost his life in a wire strike crash in the Wanganui region 18 months ago.

His daughter, Shannon Carr,  now has to run her father’s business, Hill Country Helicopters, full time, and she says whenever she gets the chance she talks to farmers and organisations about the need to lower wires to fence height.

She says her story is personal and seems to hit home with farmers.  It happened mid morning on October 28, 2014.

A reporter rang up asking if their firm had had an accident.  She said no, their helicopters were fine, but  looking at the spider tracking system realised her father's helicopter wasn't moving.  "I rang his cell phone, dad's phone, and his loader driver answered the phone, and I knew then something wasn't right because he always has his phone in the helicopter.... .he handed me over to who I thought was the farmer but it was a police officer and he said there has been an accident. Your father's been involved and a police officer's on his way to your house now."

It was while driving home she heard the story on the radio saying a pilot had been killed.

That same accident hit fellow pilot and friend Dean Lithgow hard.  He says he realised he'd never really educated farmers about wires.  They talked about them a lot, always went with a farmer to look at where they were on a farm, but never told them when they were a bit ropey.

Dean's sons Casey and Stafford are also right behind their father, producing a You Tube video highlighting how difficult wires can be to see on farms.   Casey says " we want our dad to be able to come home to the family every night, just like other dads." 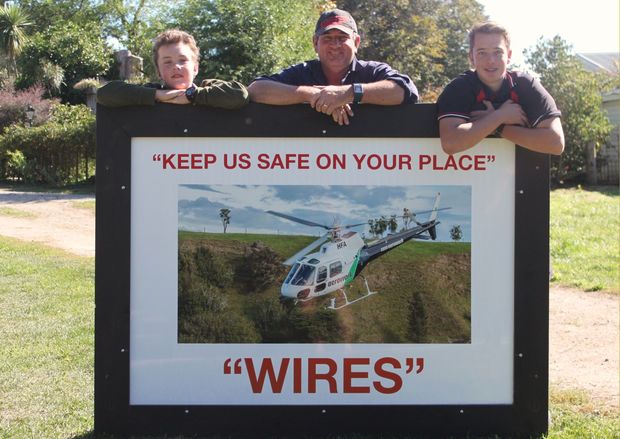