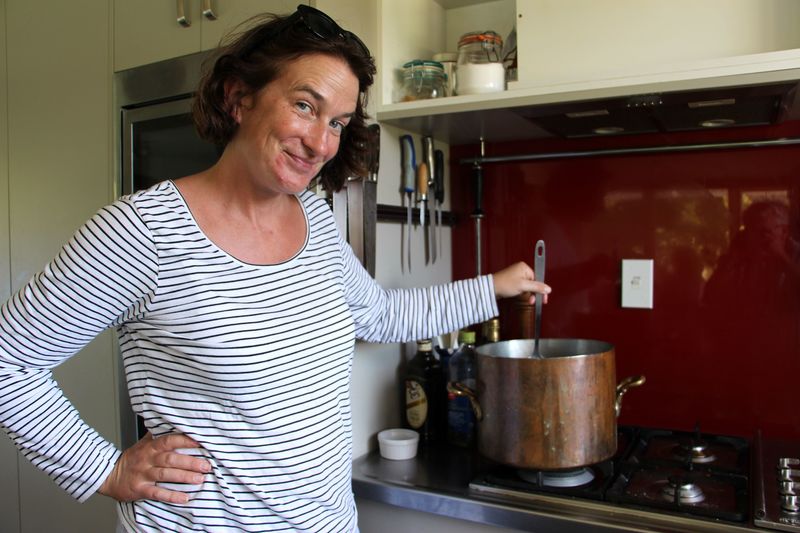 Antonia and her cheese making copper pot inherited from her dad 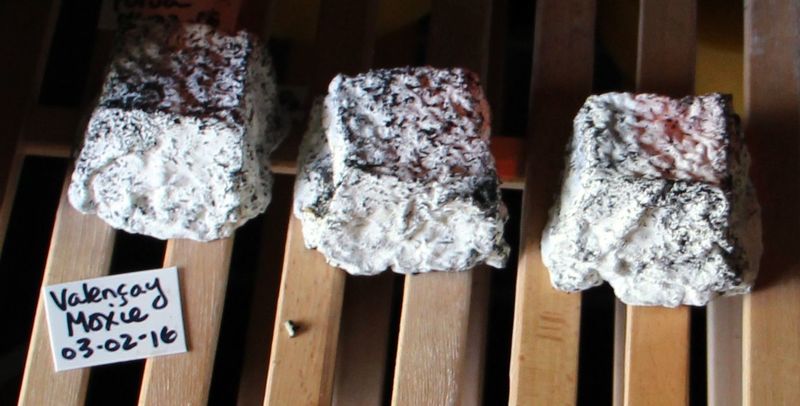 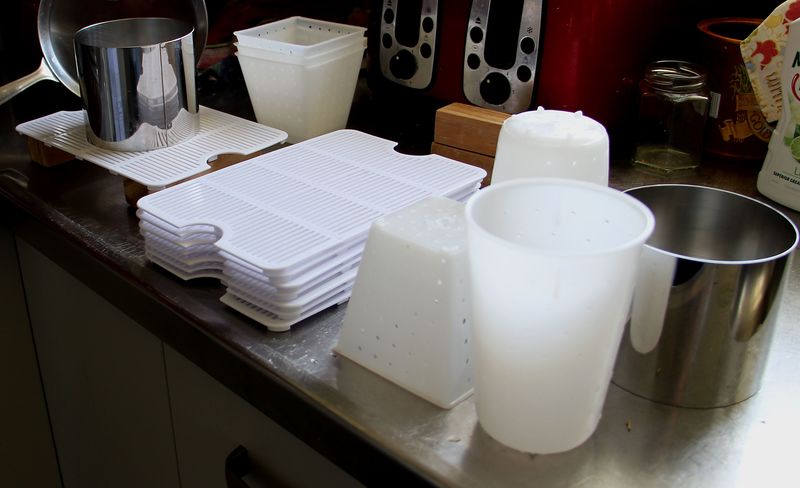 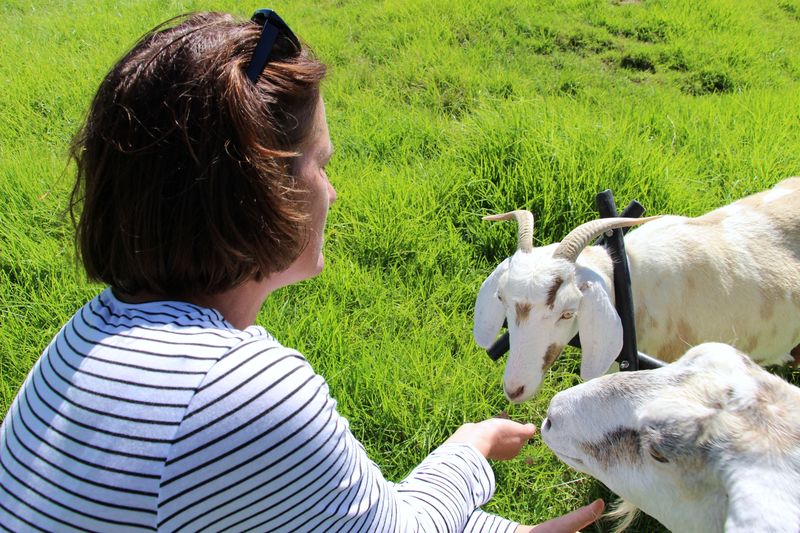 The goat’s milk product is the work of American Antonia Murphy who lives in the country near Whangarei and started making her very own cheese from her very own goat, because she couldn’t find the “stinky, runny” stuff she loved back home.

City folks Antonia and husband Peter sailed to New Zealand ten years ago, and they’re now raising two kiwi-born children and 40 assorted animals, including Moxie the milking goat. They live at Purua, a place of rolling countryside and river flats, half an hour west and inland from Whangarei.

I visit Antonia just a few days before the cheese awards in Auckland. Her goat cheese babies are already maturing nicely in the wine fridge after being produced back at the beginning of this month.

Antonia shows me the big copper pot, inherited from her father, in which she makes her cheese. Then she and five year old daughter Miranda take me to see the little cheeses snuggling in their atmosphere controlled home. They’re made in the style of French Valençay cheese and  dusted in  rosemary ash.

One batch is made with a commercial starter and Antonia’s named that ‘Valençay  Purua’. But then there’s a ‘Valençay Moxie’!

“This is a wild cheese. It’s made with cultures that occur naturally in raw milk. I call it my punk rock cheese!”

Antonia says that’s the way people produced cheeses for hundreds of years, before the world started producing cultures in a laboratory.

Out in the paddock is Moxie the milk goat who charges up to the fence to say hi and eat goat pellets. Moxie lives in the lush green field with her mother Pearl, sister Stripe, and two other youngsters.

“Moxie produces way too much milk for my cheese-making needs. We’re freezing a lot, and that’ll be fed to our new pig”.

Antonia Murphy: farmer, mother, cook, cheese maker and author. She’s written one book about her new life in New Zealand, and now she’s writing another. But that one will be about the sex industry!