Regional Conditions
The north finally gets some rain and in the South Island the vineyards get pruned and the snow has arrived. 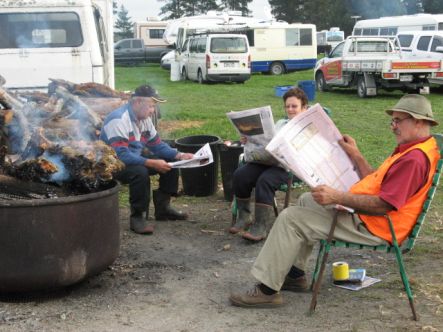 Science Natters
The flame is flickering on the Bunsen burner of agricultural science. 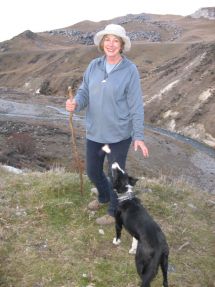 Queen of the Castle

Philanthropist and author Christine Fernyhough (pictured left) is learning how to be a successful farmer on her Castle Hill Station, an iconic high country farm in New Zealand's Southern Alps. 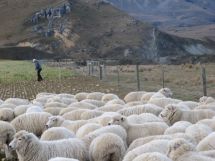 O Brandy Broth is the King of Broth and Royal in the rooms of the Mouth. A good chicken, a noble piece of ham, with a little shoulder of lamb - small to have the least of the grease, and then a paste of the roes of trout with cream, a bit of butter and the yolk of egg, whipped light and poured in when the chicken, proud with a stuffing of sage and thyme, has been elbowing the lamb and the ham in the earthenware pot, until all three are as tender as the heart of a mother.

In with the carrots and turnips and the goodness of marrow bones, and in with a mixing of milk and potatoes.

Now watch the clock: Every 15 minutes pour in a noggin of brandy, and with the first, a pint of home brewed ale. Two noggins in, with the 3rd, throw in the chopped bottoms of leeks, but save the green leaves until 10 minutes from the time you sit to eat, for then you shall find them still a lovely green, green as the grass in spring on the hills of Wales. Drink down the liquor, and raise your eyes to give praise for a mouth and a belly, and then start upon the Chicken.

Drink down the liquor, and raise your eyes to give praise for a mouth and a belly, and then start upon the Chicken.