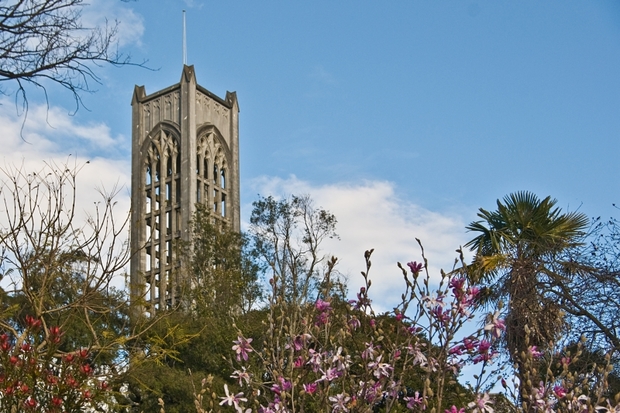 The Reverend Nigel Whinney is the Minister of Liturgy for this Family Eucharist for Christmas Day with support from Dean Nick Kirk. The sermon is by Bishop Richard Ellena, the Bishop of Nelson. The Nelson Christ Church Cathedral Choir is accompanied by organist Hilda Bester.

The service begins with the carol ‘Once in Royal David’s City’. The soloist is Anne Amber.

All Music performed By Nelson Christ Church Cathedral Choir and congregation, led by Bishop Richard Ellena, Bishop of Nelson. The organist is Hilda Bester. The soloist is Anne Amber.

Once in Royal David’s City

Joy To the World

O Men From The Fields 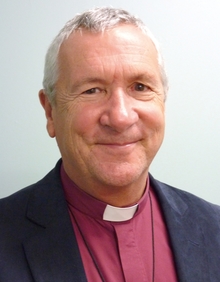 Once upon a time – every good story begins with these words – once upon a time God created the heavens and the earth. That’s how the Bible starts its story – or with very similar words.

In the beginning, God created the heavens and the earth.

It was a world bathed in love; a world of light and life; a world with such hope. Man and woman lived in beautiful relationship with each other and with God.

By the third chapter of Genesis however, it all turns to mud.

A beautiful beginning is now soured by alienation, betrayal, distrust and murder.

But God continued to shine the spotlight of his love.

He shone it upon Abraham, with the promise of a new covenant; he shone it upon Moses and upon the Hebrew people, slaves in Egypt. He poured out his love upon David and Solomon – over hundreds of years God never gave up hope that men and women would come home.

Jesus closest friend John understood this when he began his gospel with these powerful words….

He was with God in the beginning.

Through him all things were made; without him nothing was made that has been made.

In him was life, and that life was the light of men.

A young woman, probably in her late teens, and engaged to be married gave birth to a son.

All is calm, all is bright

We have a new baby in our home this Christmas.

We live as an extended family with our son and daughter-in-law and our grandchildren and on Tuesday our fourth grandchild was born.

It might be a very holy night for us – but it certainly wasn’t a silent one – three grandchildren unable to stay in bed with the promise of gifts to be opened – and now a new baby, who someone once cynically described as ‘a digestive apparatus with a loud noise at one end and no responsibility at the other!’

All is calm, all is bright!

Why is it that a somewhat sentimental story of a baby born to a refugee couple in the basement stable of a dwelling 2,000 years ago in an non-descript, overcrowded town in the middle of nowhere, has become the subject of so many songs and poems?

Listen to how John describes this birth in his biography.

The Word became flesh and made his dwelling among us. We have seen his glory, the glory of the One and Only, who came from the Father, full of grace and truth.

One of the great mysteries of our faith is that this child, this baby, lying in a manger embodied the fullness of God – and therefore the hopes and promises of God.

Max Lucado illustrates this so wonderfully in his book God Came Near.

He writes: “That particular moment was like none other. For through that segment of time a spectacular thing occurred. God became human. While the creatures of earth walked unaware, divinity arrived. Heaven opened herself up and placed her most precious one in a human womb. The omnipotent, in one instant, made Himself breakable. He, who had been a spirit, now was pierce-able. He who was larger than the universe became an embryo. And He, who sustains the world with a word, chose to be dependent upon the nourishment of a young girl. God as a foetus. Holiness sleeping in a womb. The creator of life being created. God was given eyebrows, elbows, two kidneys and a spleen. He stretched against the walls and floated in the amniotic fluids of His mother. God had come near.”

This is why Christmas is so overwhelming for those who believe.

But there is a challenge for us.

Two thousand years have passed since that Silent Night Holy Night - a night when angels sang out over the hills of Bethlehem ‘Peace on earth, goodwill towards all people.’

God acted decisively to bring redemption to the world  - but nothing seems to have changed – the world has yet to experience that peace.

With the upsurge in terrorist activity recently it wouldn’t surprise me if somewhere in the world today there is not another incident – simply because it is one of Christianity’s holiest days.

But let’s bring it a little closer to home. Behind the silent walls of so many homes we find broken relationships; bitterness and anger: Violence, jealousy and alienation.

Peace on earth, goodwill to all people?

Jesus own life was surrounded by violence. A few days or weeks after his birth his family had to flee to safety in Egypt from a mad king, paralysed by the implication a Messiah’s birth would have upon his position and power: a king who ordered that all new born boys be put to death.

And then 33 years later we have the violence of Jesus’ arrest in the garden of Gethsemane, his trials before the Sanhedrin, Pilate and Herod, the mocking and the beatings and then the crucifixion.

Yet, in the midst of this violence, Jesus prayed forgiveness on those responsible for all he was experiencing.

This is the Prince of Peace!

We think of peace as the absence of war or conflict or violence.

Biblical peace (or ‘shalom’) is not the absence of these things, but the presence of something greater – a way of relating to God and to one another that leaves no place for vengeance, bitterness or anger.

The Christmas story reveals to us the God of peace: but also offers us the peace of God!

‘Peace I leave with you, my peace I give you.’

The peace that Jesus radiated is to be ours also – now; a peace that the world can never give.

Are you at peace with yourself and with God? Do our lives reflect that serenity and peace?

Does my answer in any way reflect the way I deal with people who are different to me, people who disagree with me or maybe even offend me?

God can, and has, acted globally to bring peace. But the greater peace comes through the transformation of each individual heart. This is the seed bed for real peace, biblical peace – God’s peace.

There was a very telling comment on the news the other night from Western Europe. It said that responding to the terrorist attacks by increasing the bombing raids in Syria is not going to defeat terrorism because it is here – in our midst, in the radicalisation of marginalised young people. The only way of responding, said this commentator, is to change the lives of those who are most at risk.

When it comes to Christmas, our expectation is a pale reflection of the promise that is offered.

We sing ‘O Come O Come Emmanuel’ and settle for a caricature instead of the real thing.

There is nothing wrong with a bit of good, old-fashioned nostalgia – it can take us out of ourselves for an hour or two, but it doesn’t have the power to transform our lives, our situations.

That’s why we have no peace.

John explains it this way – again in his gospel:

He was in the world, and though the world was made through him, the world did not recognize him.

He came to that which was his own, but his own did not receive him.

Yet to all who received him, to those who believed in his name, he gave the right to become children of God,’

When it came to the first Christmas there were two groups of people according to John’s Gospel: Those who didn’t recognize Jesus or didn’t receive him; people who didn’t know or who didn’t want to know!

And then there were those who received him and believed in him.

Christmas today confronts us with a choice.

Jesus Christ. Emmanuel – God with us!

It’s the choice of a nostalgic trip down memory lane or a vibrant reality.

It’s a simple choice. But only one offers us the real hope and promise of peace.

What sort of world do I hope my grandchild will grow up into?

I like to think that it’s a world where ‘Silent night, Holy night is sung as an anthem of promise and hope!

The Reflection was written by Bishop Richard Ellena, the Bishop of Nelson and was read by Ivy Price, Melanie Carruthers and Jodie Macdonald.