No one is losing their MIQ bookings after Air New Zealand cancelled 1000 flights yesterday, the airline's CEO says.

Greg Foran told Checkpoint those wanting to return to in the lead-up to Christmas did not book the flights to return for MIQ bookings made and that the flights had been advertised several months ago and customers had booked in hope that the MIQ system would no longer being in operation.

"These are people that don't have MIQ spots. We're really referencing here people who are returning to New Zealand from Australia," he said.

"These were flights that were put in several months ago when we were still working out what was going to happen... These are simply flights where there was an assumption that potentially there would be no MIQ during December."

The cancellations came because of uncertainty around border restrictions. 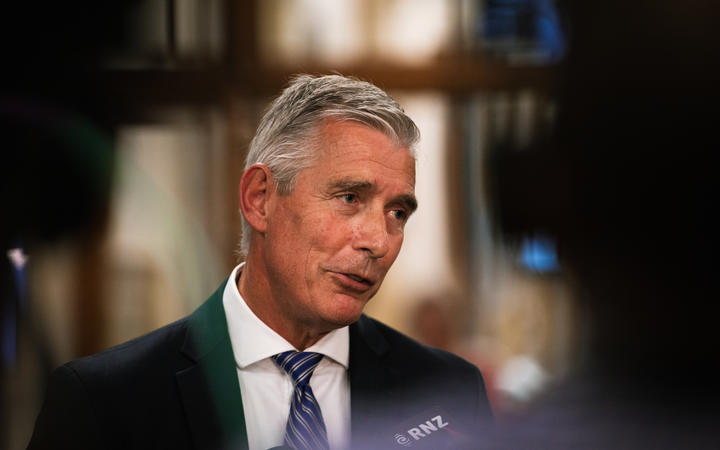 "We've had strong indications that there aren't going to be Green flights," he said.

"We're a week out from December 1 and we really didn't want to leave it any longer before we made that decision to let customers know that unfortunately those flights wouldn't be going ahead."

Foran said he was talking with the government to see if he could get the necessary clarity of dates so customers could be confident booking future flights without fear these could be cancelled too, if that they would need to quarantine.

The government has already said it was unlikely a quarantine bubble with Australia will be refloated this year, despite opposite pressure to reinstate the arrangement immediately.

That has left about 20,000 Air NZ customers in the lurch.

The airline is operating a limited flight schedule and Foran said that reflected the economic viability of operating under current circumstances.

There were only limited numbers coming in on flights around the world, customers who had booked MIQ spots.

"We try to do what's right in terms of all our stakeholders and we're looking forward to a point in time in the near future when we can operate a fuller schedule," he said.

However, Auckland will come out of a three-and-a-half-months of Covid-19 restrictions on December 3 as the country traffic light system of vaccine mandates and regional travel kicks in.

The supercity's regional border opens up on 15 December and Foran said the company had seen significant demand for travel.

"We've seen about 7000 people travelling out of Auckland on that day alone," he said.

"To give you a sense of that, on day one that would put us at about 75 percent of what we would get on a really busy day and... we have about 300,000 people booked to travel for the last half of December, which is a really good number and it just says to me a lot of people want to get out there and get going."

He said the company had increased it's capacity by about 25 percent for the last two weeks of December.