The safety of an Inglewood pedestrian crossing where a seven-year-old was killed last month is being questioned by locals.

Emma Warren was cycling home from school on 27 September when she was involved in an accident with a truck.

The outgoing youngster, who loved teddy bears, died at the scene.

An online petition, which has so far been signed by 3500 people, is calling for the New Plymouth District Council to move the crossing.

Family friend Adam Fenech, who started the petition, said Emma was a lovely, happy, seven-and-a-half-year-old girl with a passion for motorbikes who loved to ride with her father, Sean.

Mr Fenech said it was not possible to bring Emma back, but her parents Sean and Karen wanted to make sure a similar accident did not happen to anyone else.

There had been warnings about the crossing at the intersection before, he said.

"I had a lady message me, who in 1992... I think she said she was nine. She got hit on that crossing and survived obviously but it wasn't moved.

The crossing at the intersection of Miro Street and Rata Street, which is part of State Highway 3, is little more than a metre from the main road and has no humps or raised kerbing.

Mr Fenech said even if the crossing was not directly implicated in Emma's death it was a hazard and should go.

"It's not about whether that was the actual cause of it but it's definitely not helping.

"There's a lot of things to watch at that corner for a start, especially in a truck when you've got added things like blind spots and things like that.

"You've got high fences, trees and poles in the way, a main road, traffic and a pedestrian crossing."

Mr Fenech said ironically if the crossing had raised kerbing it would have to be set back at least 5m from the intersection. 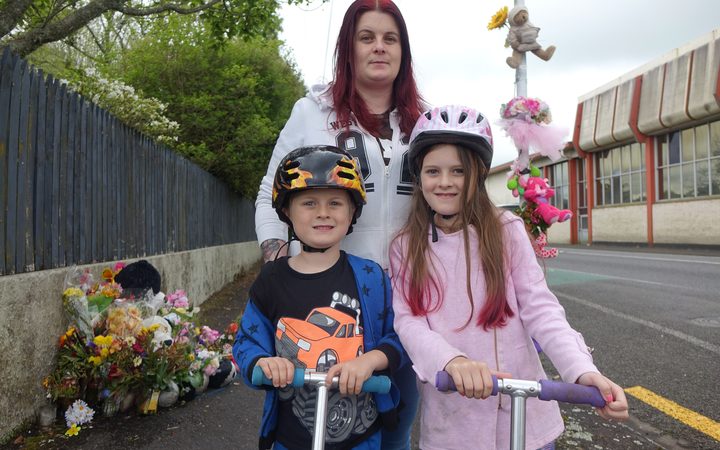 No one in Inglewood today had a good word to say about the crossing.

Hayley McLeman, who was out with Jayde, 8, and Blake, 6, said it was poorly designed.

"It's extremely close to the main road and with all the big trucks coming past and stuff it would be better if it was moved back.

"It's quite upsetting really. You drive past [the tributes] and the kids ask questions and you've got to try and explain it nicely," she said.

Becca Cunningham was out walking her dogs and had a similar point of view. 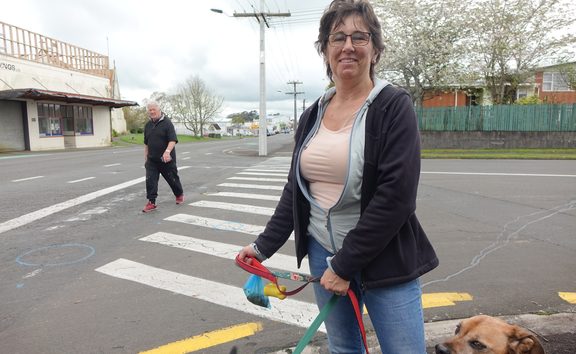 "Either take it away completely or move it further up the road. This one's too close - it needs moving further away."

"If we can get that crossing moved then something... if positive is the right word...  something positive can come out the situation.

"The family have said if this stops one more kid getting hurt or killed then it's a good thing." 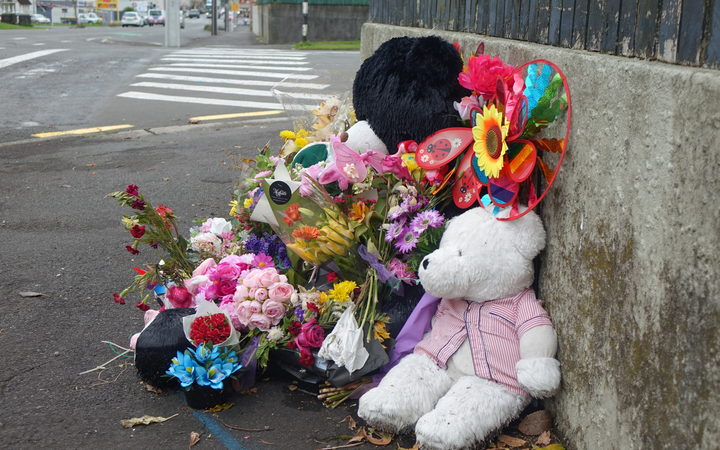 Tributes to Emma Warren at the pedestrian crossing where she was killed on 27 September. Photo: RNZ / Robin Martin

In a statement, the council said it was installing temporary barriers at the crossing to slow pedestrian traffic and conducting a safety audit with the Transport Agency.

The police were also investigating the accident.

Chief operating officer Kelvin Wright said following those enquiries a decision would be made on any permanent changes.

He said the Miro Street crossing had been in place for at least 30 years and the incident involving Emma Warren was the first crossing-related accident there in the last 10 years.