The first chartered public flight to view the Southern Lights will take off from Dunedin in a few hours.

The eight-hour flight departs Dunedin Airport at 9pm. It will fly south almost as far as Antarctica to capture views of the Aurora Australis, or Southern Lights, before returning.

Passengers have come from as far afield as Spain for the Air New Zealand Boeing 767 flight.

Passenger Garry Gibson could not wait to get onboard.

The Otago Museum worker was no astronomy buff, but shelled out for tickets after he was swept up by the enthusiasm of his boss, flight organiser Dr Ian Griffin. Mr Gibson would take his wife.

The weather forecast for tonight was favourable. Mr Gibson said if he did not get the best light show, the novelty of the flight was enough.

"Whether you see one, or only a partial one, that won't worry me - it's just the mere fact that we've been there.

"You can't predict the weather... just flying two thirds of the way to the South Pole's going to be amazing," he said.

Most of the passengers had not met, but had bonded on a "Flight to the Lights" Facebook group. Some posted photos of their bags packed with camera gear ready to go. 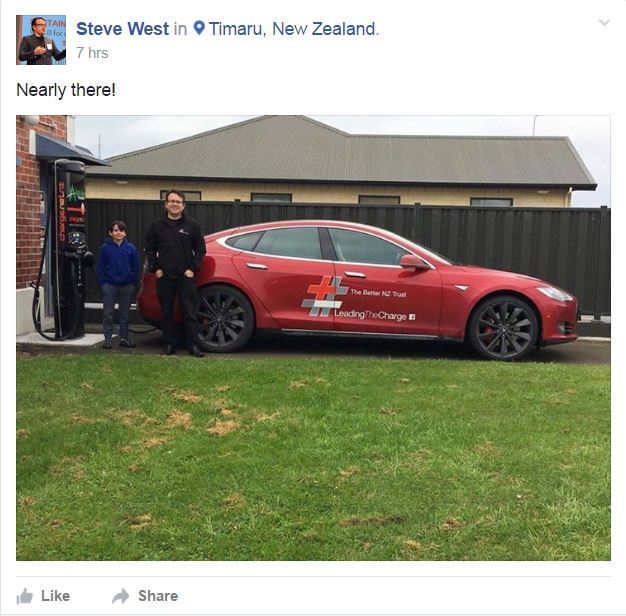 Invercargill GP and keen astro-photographer Stephen Voss took time off work for the flight. He arrived in Dunedin today with two cameras.

He said it was a unique chance to capture views not normally clear from land.

Dr Griffin, who came up with the idea for the flight last year, said the price did not put people off. He could have filled about three flights.

Passengers from all walks of life, from plumbers to keen photographers, bought tickets, he said.

"I think it's something that does inspire wonder and there are so many beautiful stories in folklore about what causes aurora.

"It's one of those things you see in the sky and think, 'oh my gosh what causes that, isn't it magical to see?'"

Dr Griffin said if tonight's flight was a success, he would like to make it an annual event.

If a bigger plane was used next year, the flight would need to take off from Christchurch or Invercargill, as Dunedin's runway was not long enough, he said.