A Christchurch couple survived a freezing night in the bush in a tiny hut with barely no food after being trapped by heavy snow in Canterbury's high country. Chris and Sally Botur had set out for a two-night tramp last Wednesday in sunshine and no sign of snow. But that quickly changed and at times they were tramping through thigh-deep snow, icy water and howling winds after they lost their track. They were rescued yesterday and 59 year-old Chris has found out this morning he will lose his big toe to frost bite. 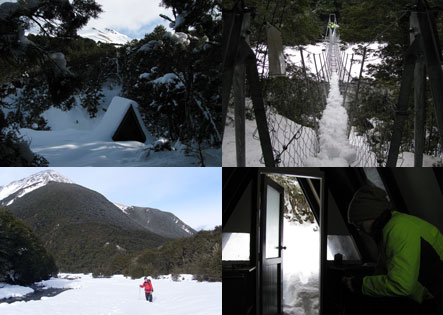 People along the Otago coast are on the lookout for a southern right whale tangled in craypot line. The whale was spotted off the coast of St Clair and St Kilda at the weekend and has line wrapped around its mouth, midriff and tail. The Department of Conservation is keen to track it down to disentangle it, but also take a DNA biopsy for research. DOC Kaikoura ranger Mike Morrissey is standing by with a specialist team, waiting for a call when the whale is spotted.

2:30 Reading: Joe Bennett reads from his book Where Underpants Come From (Part 2 of 12)

Joe heads off to China in a bid to trace his underpants back to their source.

According to new research in Australia, people with higher levels of vitamin D in their blood are less likely to develop type 2 diabetes than those with lower levels. It's the largest study of its kind and it could lead to at-risk patients using vitamin D supplements to stop the development of the disease. The research tested the blood of 5200 people and was published in the journal Diabetes Care. We talk to co-author Dr Zhong Lu from Melbourne Pathology.

Lynda Chanwai-Earle meets Chinese New Zealander and Head Chef of Wellington's Shed 5 Restaurant, Geoff Ngan, to talk about his adventurous palate. From honey-fried tarantula to whale meat, Geoff talks about some of the more unusual food he's sampled around the globe and some ethical dilemmas surrounding it. 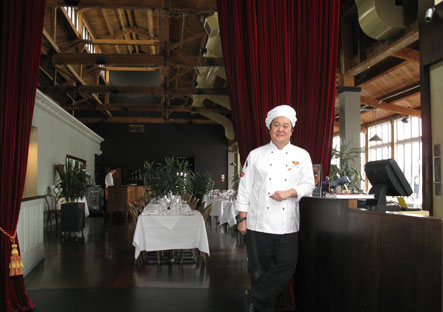 4:06 The Panel with Penny Ashton and Graham Bell