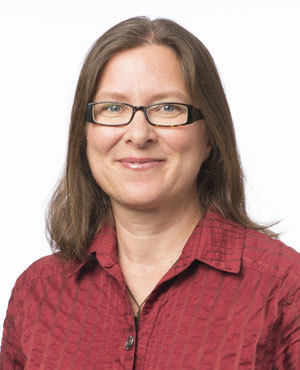 Producer and presenter of Our Changing World

Veronika Meduna joined Radio New Zealand in 1999 and spent much of her first year as a science broadcaster reporting on the Royal Commission on Genetic Modification. With that completed, she joined the Features department and has been producing and presenting science and environment programmes ever since, telling hundreds of radio stories.

Apart from her role as a science broadcaster, Veronika has also contributed to a science column in the New Zealand Listener, writes for science publications in New Zealand and overseas, curates and writes science exhibitions and has five books to her name.

Her latest book, Science on Ice: Discovering the Secrets of Antarctica, explores what the frozen continent tells us about past and future climates, survival in extreme conditions and the evolution of life. It was a finalist in the 2013 Royal Society of New Zealand Science Book Prize.

Her most recent exhibition, Antarctic Time Travel Exhibition, takes visitors on a journey through Antarctica’s changing climate from 50 million years ago to the present. In 2006, Veronika co-curated an exhibition for the National Library of New Zealand about the history of science in New Zealand, which was subsequently published as Atoms, Dinosaurs and DNA: 68 Great New Zealand Scientists by Random House (2008), winning the Elsie Locke Award for non-fiction at the 2009 LIANZA awards.

Veronika trained and worked as a microbiologist before becoming a science journalist and writer. As part of her work, she has travelled to Antarctica twice and spent a term at Green College at Oxford University as a Chevening David Low Fellow, studying the media’s role in communicating scientific risk and uncertainty.

One frequent query Veronika receives from listeners is about her accent. People have placed her in many countries, from South Africa to Samoa to Peru, but the truth is that there are two other languages coming through in her English: Czech from a childhood spent in what used to be Czechoslovakia and German from the country she lived in after her family’s escape.