Host of Digital Dangers, This Way Up, The Science Of…, Up This Way, Bits+Bytes 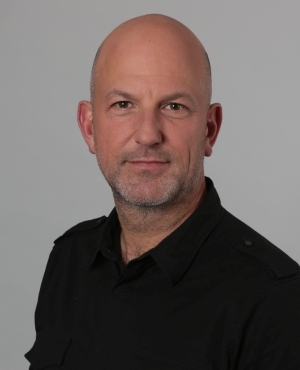 Former producer and presenter of This Way Up

Simon Morton is a curious person who's easily distracted.

He established the award-winning weekly consumer/science technology programme This Way Up in 2005. He's won a few gongs along the way including a Gold Medal for best social issues or current affairs programme at the New York Festival Radio Awards 2012 for the programme Broken River.

He's presented and co-produced a number of TV shows: Why We Buy (TVNZ One), Use As Directed (TVNZ 6/7) and Tales From Te Papa (TVNZ 6/7 with a book version and educational DVD published), Along for the Ride (TVNZ One) and Forensics: The Science Behind The Truth (Prime). He's also contributed to the BBC World Service Click programme.

Before moving into radio in 2001, Simon had a varied and disjointed 'career'. His first proper job was a three-year stint for Bungy pioneer AJ Hackett. Before this he worked as a recruitment consultant in London, repaired skis in France, cleared tables at a Palm Beach country club and was MC of a weekly talent night in Majorca.

Outside work he enjoys riding his bikes, cooking, eating, skiing and having fun with his family based in Wellington.