Host of The Podcast Hour 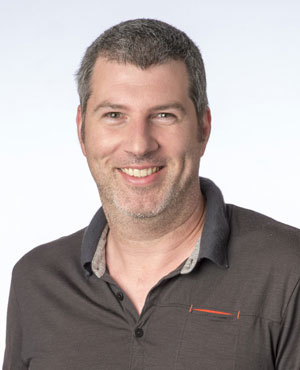 Richard Scott joined Radio New Zealand as a newsroom intern in 2004 after completing a Graduate Diploma in Journalism at the University of Canterbury.

After working as a journalist and producer for shows including Checkpoint, Morning Report and Summer Report, he joined the business news team as a presenter/journalist, and started producing (and sometimes presenting) This Way Up in 2006.

He started working life as a commercial litigation lawyer in London, when it became apparent that an English and American Literature degree from The University of Warwick, and a detailed knowledge of early Romantic poetry and the works of Thomas Pynchon (pre-1993), did not provide a seamless transition into paid employment.

When not at work he enjoys running, beer and supporting a number of unsuccessful sports teams. His dislikes include whelks, unicorns and car alarms.