Host of Are We There Yet?, White Silence, Fragments 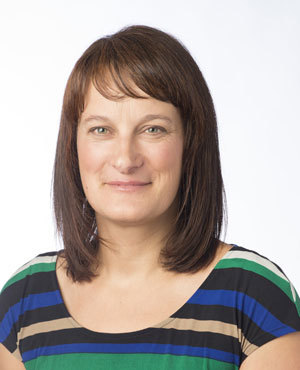 Katy is a Series and Podcast producer and has also been a producer and presenter of One in Five, Spectrum and New Zealand Society.

Katy always wanted to be a journalist.

Each morning in her family home started with the theme tune to Morning Report. (Still does.)

As a student she read the news on 98 RDU in Christchurch and soon became a DJ, hosting breakfast, brunch and drive shows.Fast-forward a few years (OK, make it 20) and she now presents and produces Are We There Yet ? on RNZ National and contributes to Eyewitness, Our Changing World and Voices.

In between, Katy spent many years as a news journalist, covering numerous court cases, public meetings, industrial disputes, not to mention earthquakes. She was judged Individual Radio Journalist of the Year in 2009 and was a finalist again in 2013.

Katy started presenting the Christchurch Story segment on Afternoons with Jim Mora in 2006 and joined One in Five in 2012. She was a finalist in the Radio Awards Best Documentary or Spoken Feature category in 2013.

In 2015 she won a Silver Award at the New York Festival Radio Awards for a documentary on teaching children with learning disabilities about puberty and sexuality.

Along the way, she's worked in television, print, PR and publishing and lectured in journalism. She's also pulled a few pints, folded wontons in a takeaway shop and performed as a children's clown. (And can still twist a mean balloon animal!)

She's never found anyone who doesn't have a tale to tell and still feels excited (and frequently moved) when she hears a compelling piece of audio.