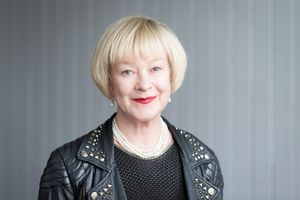 Catriona started working in the Radio New Zealand newsroom in the days of typewriters, lots of paper, reel to reel tapes and a constant cigarette smoke fug in the newsroom. She quotes a line in a Leonard Cohen song "born with the gift of a golden voice" to explain how she was lucky enough to be sponsored by Radio New Zealand to do a journalism course. There was a guaranteed job at the end of it – but no choice of destination, so it was off to Radio Caroline in Timaru, then several years at 4ZB in Dunedin. After that the wide world beckoned, and Catriona spent several years based in the UK doing a wide variety of jobs and a great deal of travelling.

Both her parents come from the Isle of Lewis in the Outer Hebrides, and she frequently visited the isle while she lived over there to escape the rat race of London and big European cities. She also credits her lineage as to why she doesn't have much of a Kiwi accent, and can roll those rrrrr's in te reo Maori.

On her return to New Zealand she worked for a while as a journalist in the 2ZB newsroom, before working for several years as a producer on Morning Report, presenting and compiling Late Edition and then her current job as newsreader for Radio New Zealand National. Catriona pops up as host of the All Night Programme from time to time. She says she loves the immediacy and intimacy of radio – no two days are the same because of changing world and national events – and she values the anonymity of radio for those behind the microphone.

And away from the microphone Catriona enjoys entertaining friends at dinner parties, reading, music, movies, walking and going out for the occasional boogie.