The Tongan rugby league team is grabbing sports headlines across the region for their feats both on and off the field.

The team is undefeated after two rounds of the World Cup and head into a top of the group clash with New Zealand this weekend.

Its supporters have struck an awesome sight, whether it be the huge gathering at Auckland Airport to welcome the team a week ago or the capacity crowd in Hamilton for their win over Samoa.

Koro Vaka'uta gauges what the reaction has been like back in Tonga. 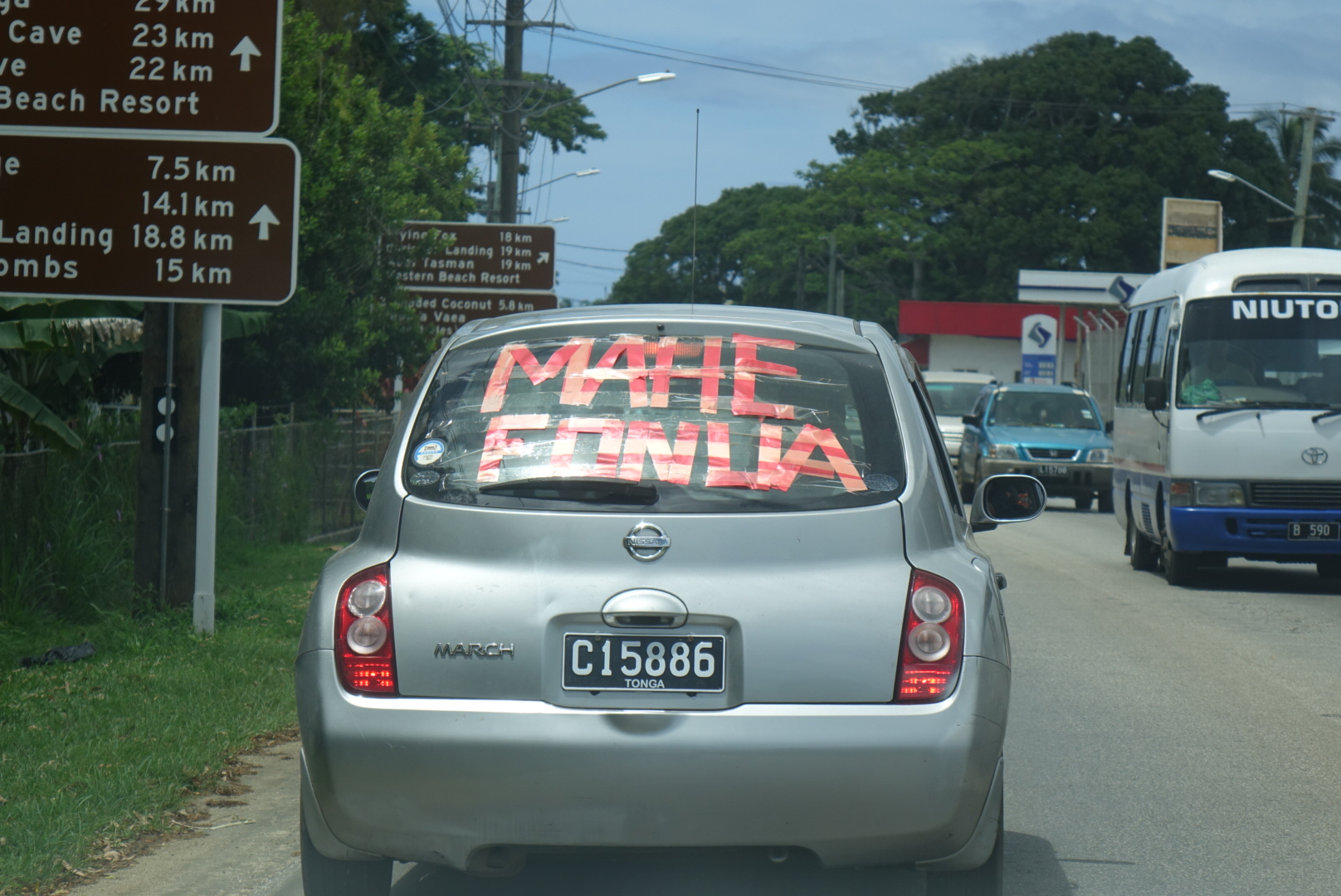 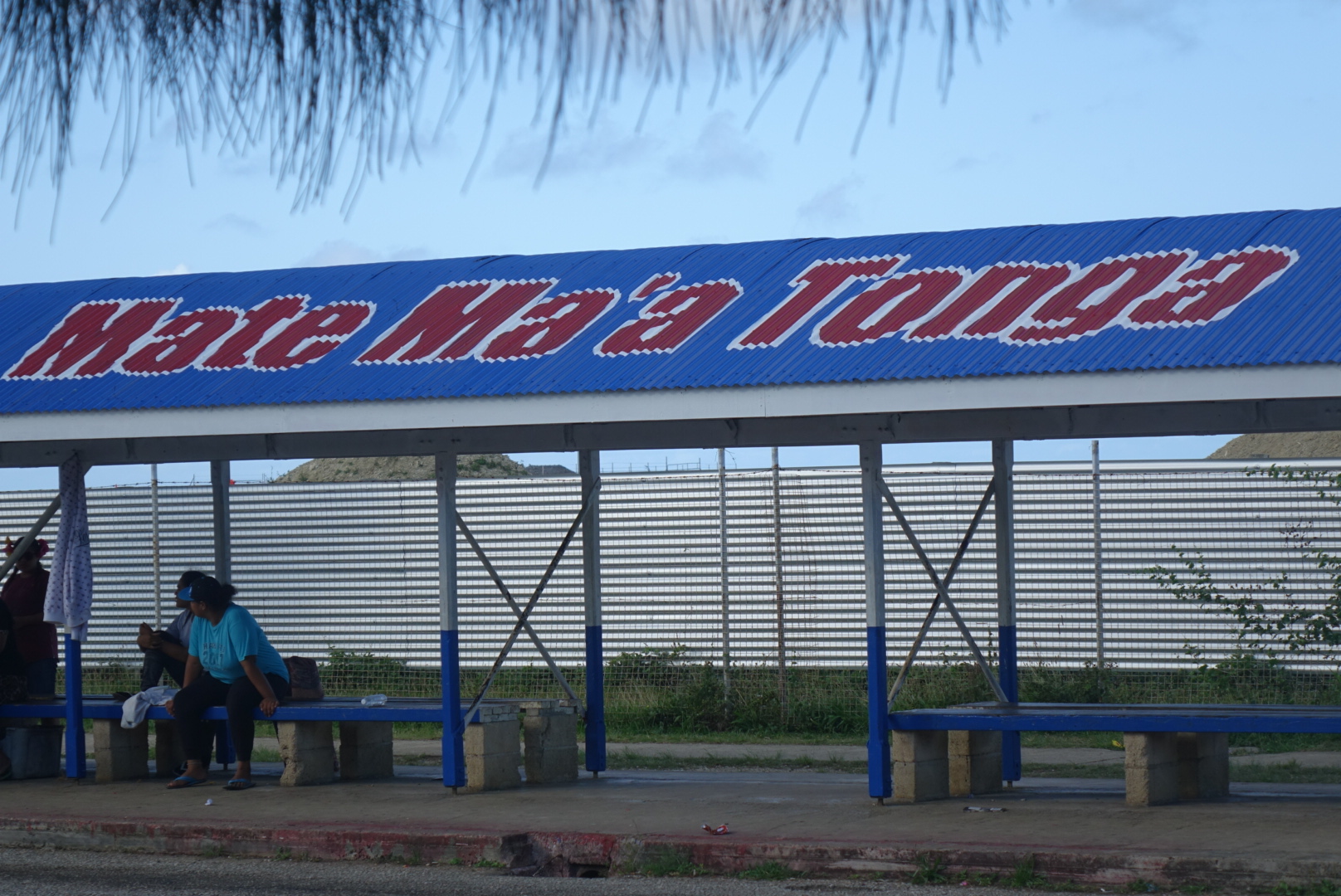 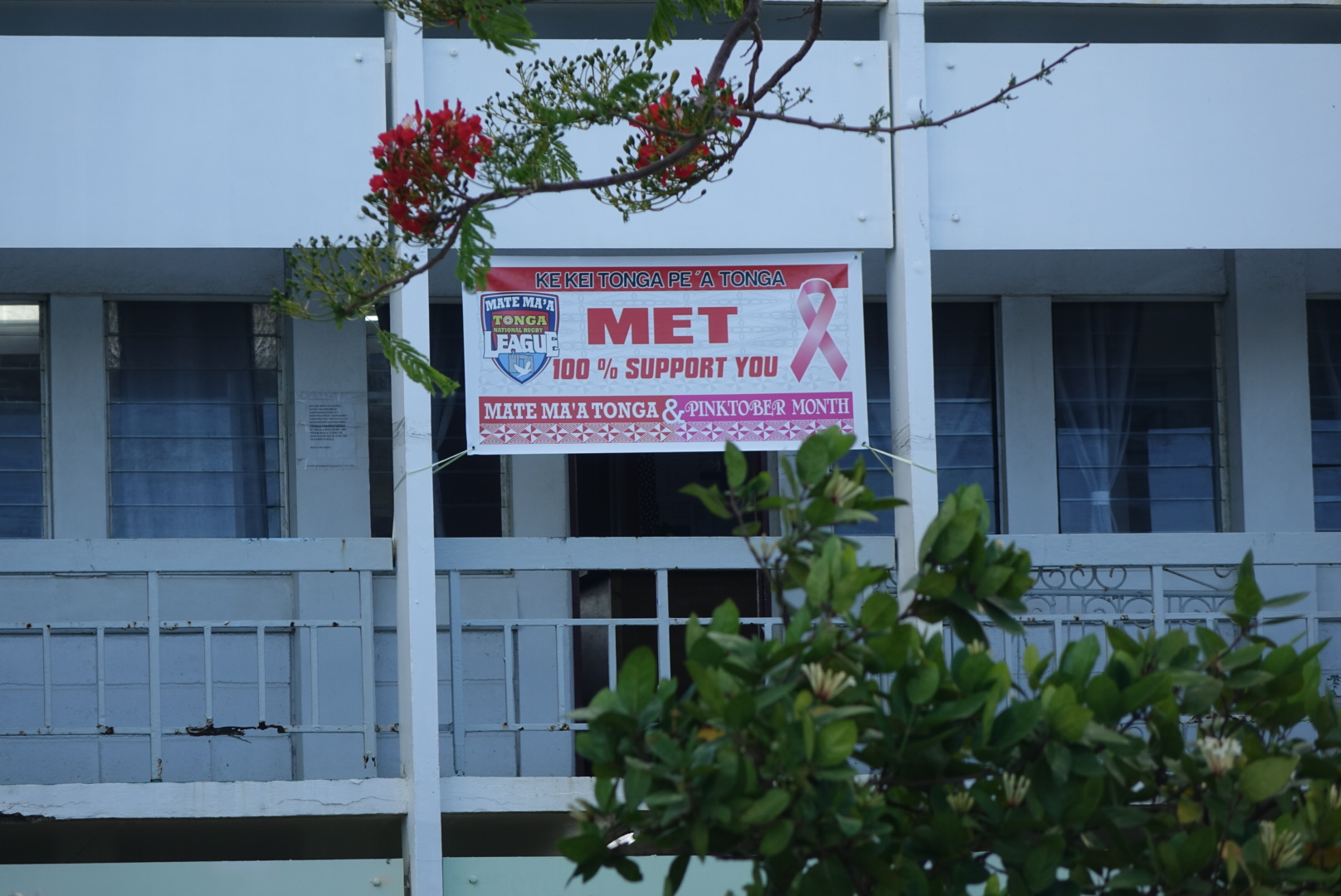 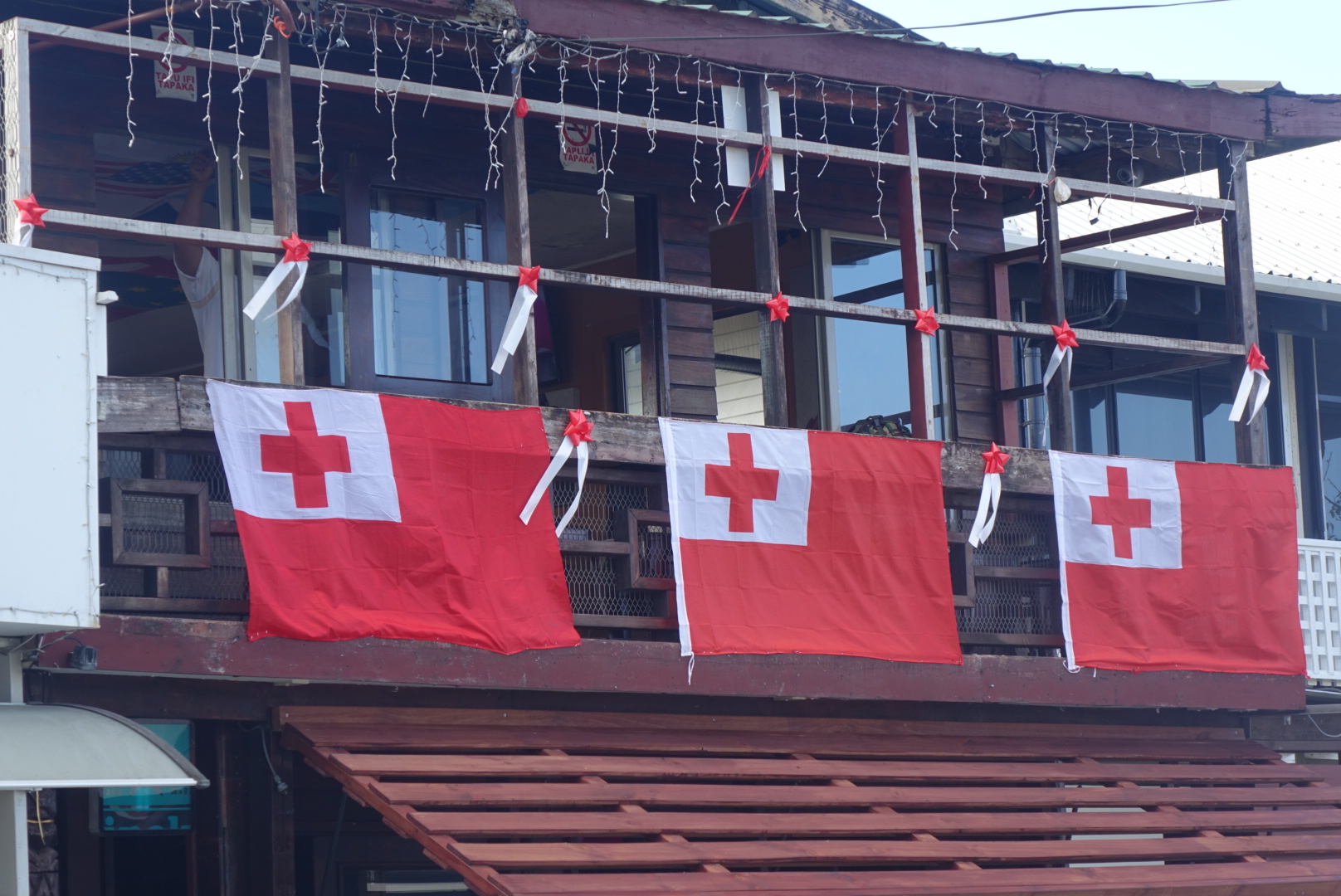 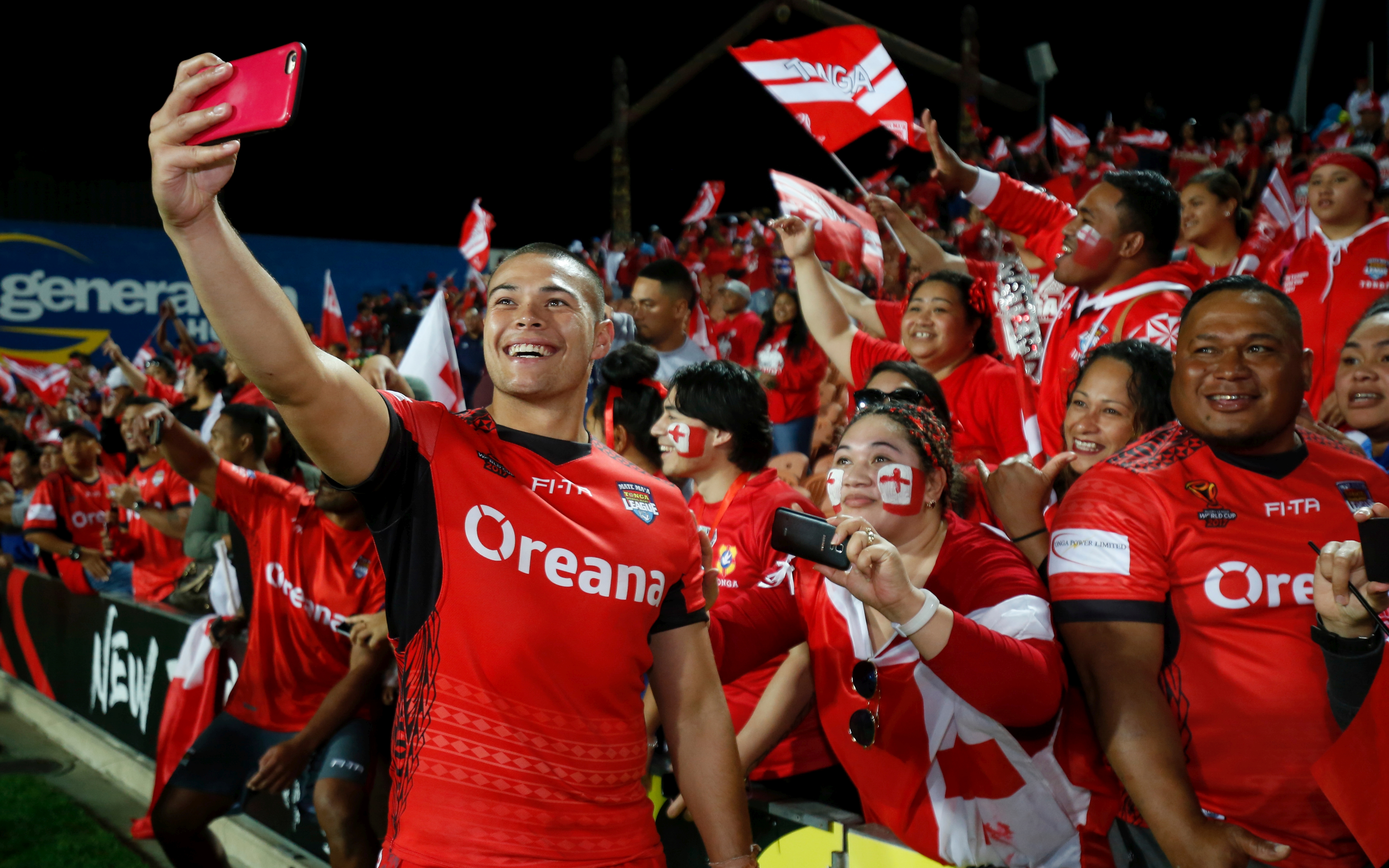 Tonga's Tuimoala Lolohea is all smiles with fans after beating Samoa. (PHOTO: PHOTOSPORT)

"They have very good players with power and make us happy, proud."

"It's good. The thing I feel is that they don't care about money, but they care about the country and people and where they are from. They decide to choose their country."

Just one group of young men keeping an eye on the Mate Ma'a Tonga team, whose ranks were bolstered pre-tournament by a number of players who had represented Australia and New Zealand, including star forwards Andrew Fifita and Jason Taumalolo.

The head of national sports committee in Tonga, Lord Vaea, says the public love affair with the team began last month when it gathered in the kingdom for camp.

Vaea says for four continuous days there were float parades in honour of the team.

"Why? One - their identity, and two - we had the top players from Europe, New Zealand and Australia. They came and played for Tonga. Why do you want to come to play for a country that has nothing to provide for you in terms of finance? And this was answered well by alot of the boys on board. They said that they wanted to bring back their identity."

"It's been absolute mayhem. Saturday night, everything shut down round Nuku'alofa. It was quite frightening. It was like, I was at the other side of Kolomotu'a trying to get home on the other side and I got stuck in traffic for a good hour. I just couldn't move. It was bumper to bumper. People were outside their cars, dancing on the streets, showing their joy and that around town. It was incredible."

"The fanbase there gets such a variety of games. They've got a lot to be proud of. It's non-stop. Here, we get relatively very little sport whatsoever that we can actually get behind so when we do get something that does happen, it grips the nation for sure."

Broadcaster Katalina Tohi agrees, the country is enamoured with their team.

"You see people are happy with joy and we all support Mate Ma'a Tonga and I must say, sports is one thing that brings Tonga together. Not only here in Tonga but overseas, as you may have seen in New Zealand, you see red all over the place when they have the game."

Lord Vaea says it is very unusual for a rugby union country like Tonga.

"We're rugby union but for the first time rugby league has changed the attitude here. We've always supported rugby and given so many millions to rugby union. Now rugby league has come back and said, don't give us anything. Give us your faith and support us that's it, and that's something that we gave and they've gone out and done well."

William Edwards believes the fans can take some credit for putting Tonga on the map with their colourful support.

But in the end its the players who continue to punch above their weight in both rugby league and union.

"The smallest country participating in two world cups in Tonga and it has two national sides competing against very, very famous teams in the All Blacks and the Kangaroos and the Kiwis and to do so at such a high level for a small country at around 100,000 people."

Edwards is picking Tonga by six. If he's correct, there is no doubt the celebrations will go deep into the night.