Pressure is mounting on the Samoa government to reward Ele Opeloge for winning the country's first ever Olympic medal.

The weightlifter was upgraded to second place in the women's over 75kg division at the 2008 Beijing Games, after two competitors were disqualified for drug use.

Opeloge will receive her silver medal at a ceremony later this month but many believe she deserves further recognition. 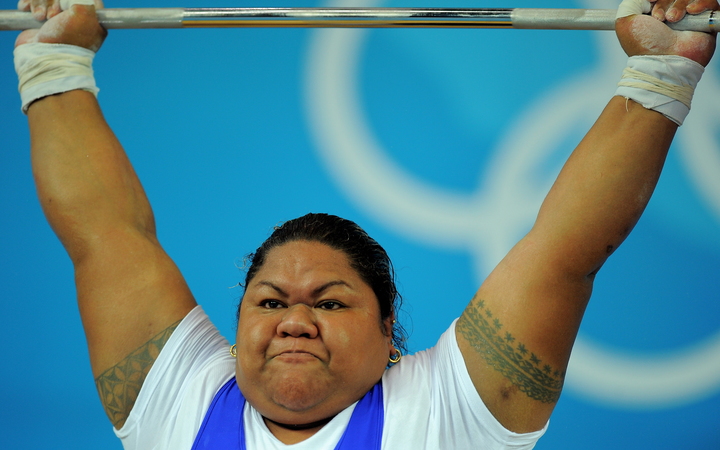 The Editor of the Samoa Observer newspaper says there was a public outcry when the Prime Minister, Tuilaepa Sailele Malielegaoi, said the Government's policy was to only offer monetary awards for gold medal winners.

Mata'afa Keni Lesa says the paper has started its own fund to raise money for the Ele Opeloge's achievement.

"There is a lot of people who want to help and we've set up this fund that anybody who wants - whether ten cents, ten Samoan tala, ten thousand dollars - we're very happy for people to be able to give back to this lady. It's not just the fact that she's won an Olympic medal, this is someone who's genuinely been working all her life to make this country proud and I think, in the absence of what the government is doing, I think this is where people can help."

The 'Fund for Ele' Opeloge is backed by the Samoa Weightlifting Federation and the National Olympic Committee.

Ele and Niusila Opeloge and Faavae Faauliuli all won gold at the Commonwealth Games in Delhi seven years ago.

The President of the Samoa Weightlifting Federation, Tuaopepe Asiata Jerry Wallwork, was their coach.

Mata'afa Keni Lesa says even if the government does change it's mind and offer a reward, the funds raised will still go to Ele Opeloge to honour her achievement.

And with momentum building in support of Ele Opeloge, our correspondent in Samoa, Autagavaia Tipi Autagavaia, believes a change of heart from the government isn't far off.

"Talking to people that are close to the Prime Minister, I think they are looking at making a monetary award for Ele but they want to make it a very low-profile at this time because the weightlifting federations is organising the ceremony for the presentation of the silver medal."

The ceremony to present Opeloge with her silver medal is expected to take place in Apia later this month.