The Fiji media authority is being urged to deliver its findings into complaints about controversial content aired on an FBC TV language programme last month.

MIDA chairman Ashwin Raj had said he expected investigations into the Wasea Bhasha saga to be completed last week.

But a complainant Peter Waqavonovono spoke with Koroi Hawkins and said nothing has been forthcoming. 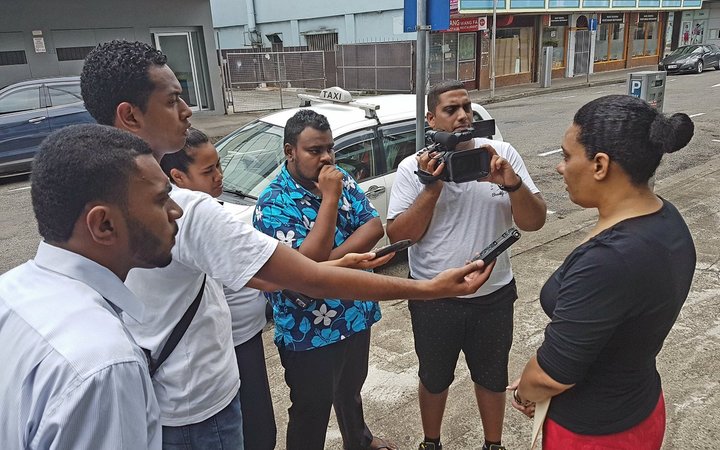 PETER WAQAVONOVONO: The only response that I have received is from the police. They've informed me that they've completed their investigations and the file is currently with the director of Public Prosecutions office for their determination. In terms of MIDA and the Fiji human Rights Commission, they actually have not spoken to me about how far they've come. But I've been told through the media that a determination was supposed to have been made last week. We actually have not been told anything more than that.I do understand that MIDA, they've received numerous other complaints regarding the same issue. This time it's actually flagged writing to the supervisor of elections and so on. So I'd actually understand if MIDA is currently swamped with complaints.

KOROI HAWKINS: In relation to the police complaint, so it's with the Public Prosecution. Once they make a determination, what's the next step, what's the process there?

PW: Well, if the determination is to take the issue to court, then the state takes the party to court. But if not, myself and a few others, at the failure of the DPP, will definitely take FBC to court for what they've done. And the thing is this: the authorities are acting rather slow on this one issue. But when it came to complaints where the government made the complaints, different bodies and different agencies, they rushed to actually defend government and for me especially I believe it shows up the system for what it truly is.

KH: Is that in relation to the Fiji TV case you're talking about?

PW: Fiji TV, Fiji Times, there's been a lot of cases that I've also noted where the media has been targeted by overbearing government. But then at the end of the day, when it's normal citizens that complain, state agencies don;t do anything. So it begs the question whether these laws were actually made to protect the people or was it to protect the government?