Former NFL player Troy Polamalu has been shortlisted for the Pro Football Hall of Fame's Class of 2020 in his first year of eligibility.

The 38-year-old, who is of American Samoan heritage, spent 12 seasons playing for the Pittsburgh Steelers. He is a two-time Super Bowl champion, four-time first team All-Pro selection and was named NFL Defensive Player of the Year in 2010. 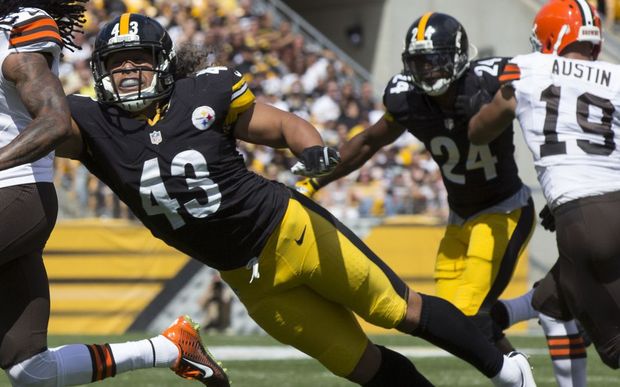 Hall of Famer Dick LeBeau, who was Polamalu's former defensive co-ordinator, told the NFL's Pittsburgh Steelers that he deserved the accolade.

"I have said consistently Troy will go in on the first ballot," said LeBeau.

"I don't vote, but I sure did coach him. There are a select few that go in that first five-year period and he definitely belongs there."

From the 15 finalists, a total of five will be selected for the Class of 2020 and will be announced during the NFL Honors show at the Super Bowl in Miami.

Meanwhile in Hawaii, the Polynesian Football Hall of Fame has named the Baltimore Ravens' Ronnie Stanley as their Player of the Year.

Introduced in 2015, the award is given to the most outstanding professional football player of Polynesian lineage.

The 25-year-old of Tongan descent has played four seasons with the Ravens, where he recently helped them to a 14-2 regular season record on their way to becoming the number one ranked offense in the NFL.

The offensive linesman was also selected as a First Team All-Pro and named to the Pro Bowl.

"On behalf of the Polynesian Football Hall of Fame Board of Directors, we congratulate Ronnie on a historic season... he truly represents the very best of our Polynesian culture."

Stanley tweeted that the award mean a lot to him

Stanley told The Undefeated website he continuously received support from the Pacific.

"I always get some type of tweet, or some message, from not just Tongan fans but Polynesian fans in general," he said.

"It's such a small group of people compared to other races in America. To see someone of that ethnicity playing football … they all support us because there's only a handful of us."

The formal presentation of the award will be held during the Polynesian Football Hall of Fame celebration dinner in Oahu, Hawai`i at the end of the month. 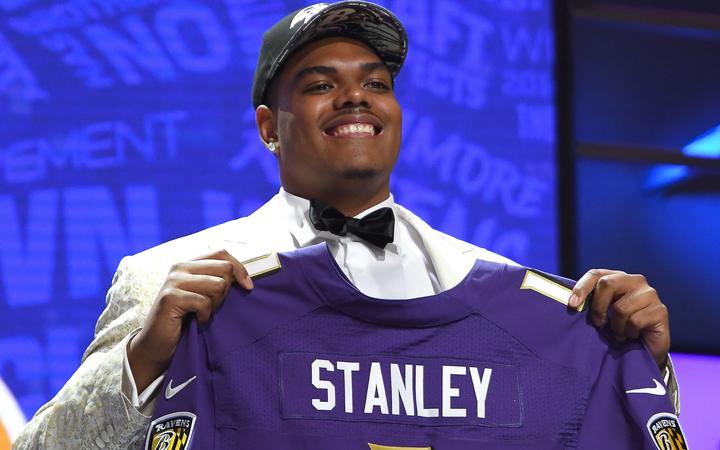 Ronnie Stanley was drafted by the Baltimore Ravens in 2016 Photo: Photosport