Sir Michael Somare, Papua New Guinea's first prime minister, has been formally thanked and farewelled by the people of Bougainville. 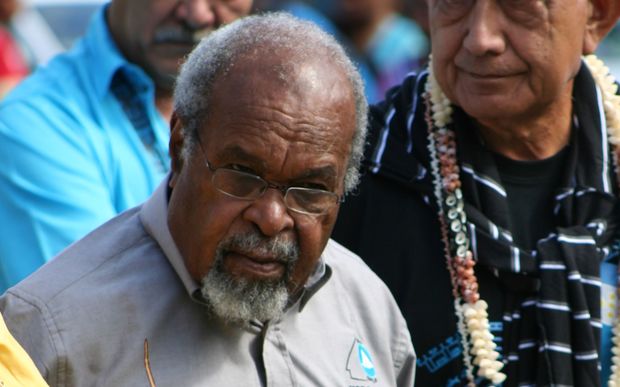 Sir Michael, who retired from a long political life last year, was in Buka on Thursday as a guest of the Bougainville President John Momis.

South Bougainville MP Tim Masiu, was also in attendance, and says it was the best way to farewell Sir Michael in the Bougainville way.

"For the President Dr John Momis to give the honour of saying thank you and farewelling him and Lady Veronica was something that the people of Bougainville - we owe a lot to the Grand Chief and it was a fitting way to say goodbye and thank him for all the support he had to Bougainville in all his years as a political leader in this country."