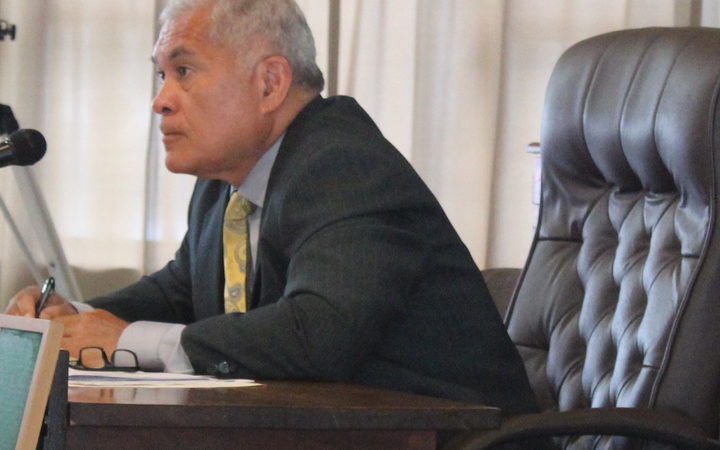 Utu who was also the chairman of the board of directors of the government owned Territorial Bank of American Samoa passed away in Pago Pago yesterday.

In a statement, the territory's governor, Lolo Matalasi Moliga, described Utu's passing as a "huge loss for American Samoa".

Lolo said Utu's leadership and ingenuity touched and improved the lives of so many people.

While, American Samoa's Congresswoman Aumua Amata, who was a close friend of Utu, describes him as a "superb man of decency and honor, and a highly respected and trusted public servant in American Samoa".

She also said that Utu was an irreplaceable public servant to American Samoa.

American Samoa Power Authority board chairman, Fonoti Perelini S. Perelini said the Board and staff were all shocked and saddened by the passing of Utu.

According to Fonoti, the board and staff were looking forward to Utu's return on island, attend a board meeting this Friday and be with the staff before he returns to Seattle for continuation of his treatment.

Fonoti said the Board had decided to cancel the board meeting this Friday as a sign of respect.

And instead call on all ASPA staff and workers to come together for a service of prayers to remember Utu and his family to be held at the Tafuna compound at midday on Friday.

Territorial Bank of American Samoa president Drew Roberts said the bank and staff were sadden to hear of Utu's passing.

Speaking for himself and the entire bank staff, Roberts said the bank would not be where it is now if it hadn't been for Utu's efforts, and that he would be sorely missed.

A brief prayer service was held yesterday morning at the LBJ hospital chapel, and was attended by lieutenant governor, Lemanu Peleti Mauga, along with several cabinet members, employees of the power authority along with family and friends.