Nineteen locally-based have been selected in the Vanuatu squad to compete at next month's Rugby League Emerging Nations World Championship.

Port Vila Powerhouse have contributed half of the 24-man squad, with Ifira Black Bird, Pango KingSharks and the Santo Boars also represented.

"Nineteen members of the 24 man squad currently play in our domestic leagues in Port Vila or Santo and Rob Franklin also came through our domestic system before having opportunities to move to and play in Australia," he said.

"This is what we are most pleased about. Our entire focus has been on building a sustainable game within Vanuatu, which we've achieved and now we get to provide opportunities for and showcase our local talent to the world," said Vanuatu Rugby League President Tom Carlo. 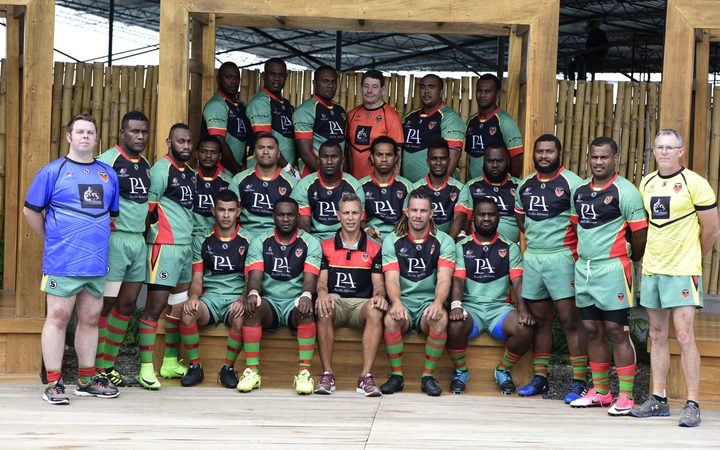 "We've assembled a strong local squad which will be the core of our team and have complimented it with five Australian-based players," said Harbin, who will be assisted by former Queensland and NRL star Rhys Wesser.

"Both Amani Arutahiki and Ben Henderson are too young kids who we hope to be part of the team long term, Rob Franklin has come through Port Vila Rugby League and now has a few seasons under his belt in Australia.

"While we've also got the experience of Alehana Mara who has previously played in the NRL and James Wood who has extensive Queensland Cup experience and has come out of retirement to play."

Vanuatu face Hungary (October 4) and Greece (October 7) in Pool B action next week in Sydney.