The coach of the Tonga rugby league team says next month's historic test match against Australia would not have been scheduled without the Australian's agreeing to a pay cut. 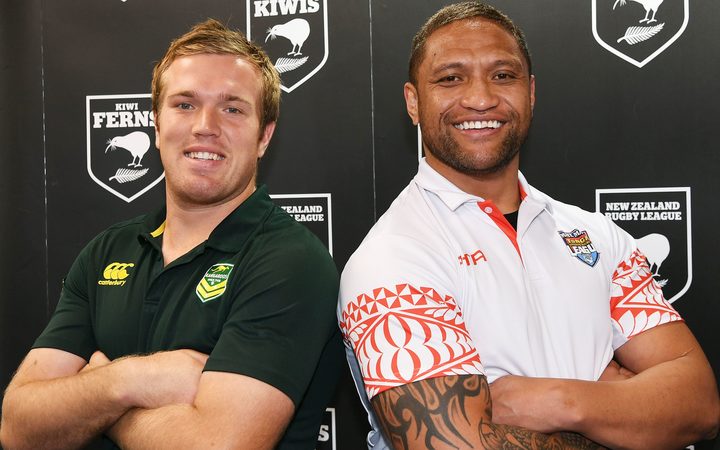 The two teams will meet for the first time on October 20, in Auckland.

The Australian players agreed for their $AU20,000 match fee to be slashed to less than $AU5000 for the game to help get the game over the line.

Mate Ma'a Tonga coach Kristian Woolf said the match between the tier one and two nations is a step forward for rugby league.

"What we are doing here in terms of this game going ahead, it is certainly creating a lot of interest as we all knew it would, the goodwill from the Australian players to take a pay cut to make it happen, it wouldn't have happened without that being the case and for both teams to be on equal pay I just think it is a massive step forward for the international game now hopefully it is a real sign of things to come for the future," Kristian Woolf said.

Woolf said he had rewarded some promising youngsters with inclusion in his squad for next month's Test.

The coach named 29 players in the preliminary squad for the match and said as well as selecting the bulk of his World Cup team from 2017, he's picked some up-and-comers.

"I have also tried to reward a couple of young guys there that I think have had outstanding seasons in the NRL and are really developing as players of the future," Woolf said.

"You know guys like young Moeaki Fotuaika and Tevita Tatola there are a few of those sorts of guys that are as I said developing really well." 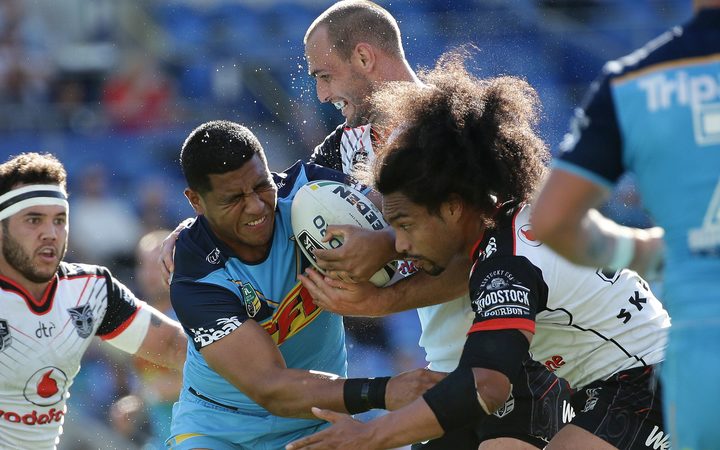 Moeaki Fotuaika carries the ball for the Gold Coast Titans during a July game against the Warriors Photo: Photosport

Cronulla Sharks' forward Scott Sorensen is one of the two new faces in the team.

Woolf said Sorensen was eager to play for Tonga despite having family ties to the New Zealand.

The coach said Scott was pleased to be called up.

"He is actually very passionate about his Tongan heritage.

"At the moment there are probably a couple of guys who are ahead of him in terms of playing back row and you look at some of the names there such as Tevita Pangai obviously, Sika Manu, Ben Murdoch Masila," Woolf said.

"But if we do cop an injury through the last few games then I have no hesitation that he would come in and be able to do a really good job." 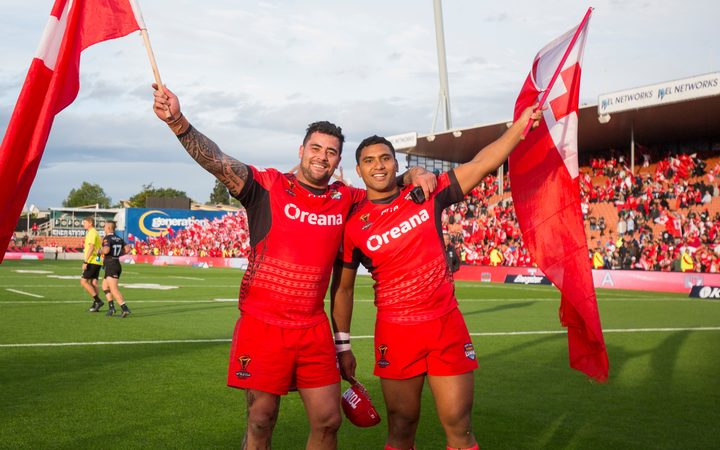