The Australian-Samoan athlete, who stands 203cm tall and weighs 157kg, only played his first organised American football game a month ago. 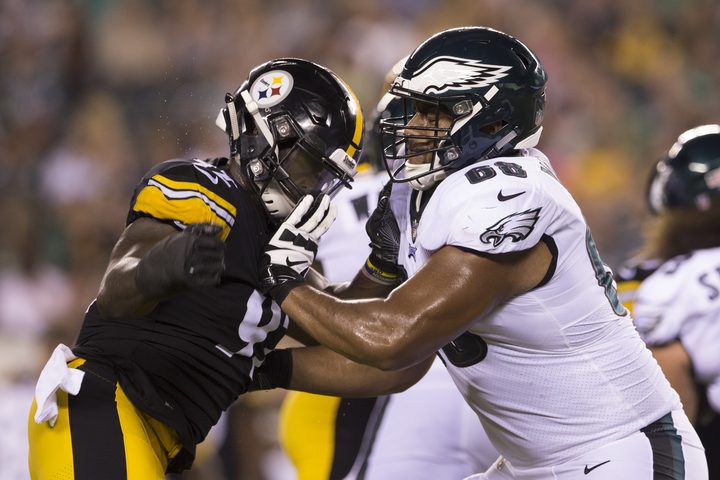 Jordan Mailata (R) playing for the Philadelphia Eagles in a NFL pre-season match against the Pittsburgh Steelers. Photo: AFP

All 32 NFL teams were forced to cut their rosters from 90 players to 53 at the weekend, with the 21 year old Mailata surviving the final cull.

The former South Sydney Rabbitohs Under 20s rugby league player was selected as the 233rd overall pick in this year's NFL Draft.

"It's hard to find guys who are 6ft 8 and 360 pounds who can run like that and have the core strength that he has," Eagles' executive vice president of football operations Howard Roseman told reporters.

During his four pre-season games the past month NFL analysts, former players and fans have marvelled at the way the offensive tackle has made opponents - physically huge in their own right - appear like undersized boys.

What cemented Mailata's position in the 53 was his willingness during off- season workouts to do the hard yards to fulfil the potential Stoutland first saw in Florida.

"Certainly there's no guarantees but we want to develop players and when you can find guys at hard to find positions it gets you excited," Roseman said.