Two men in Samoa have been convicted and sentenced to nine months in jail for their part in the Salelologa market ransacking last month.

Junior Pauli and Viliamu Touli were convicted of intentional damage while another man, Tommy Fiu, has been convicted of possessing an unlicensed firearm. 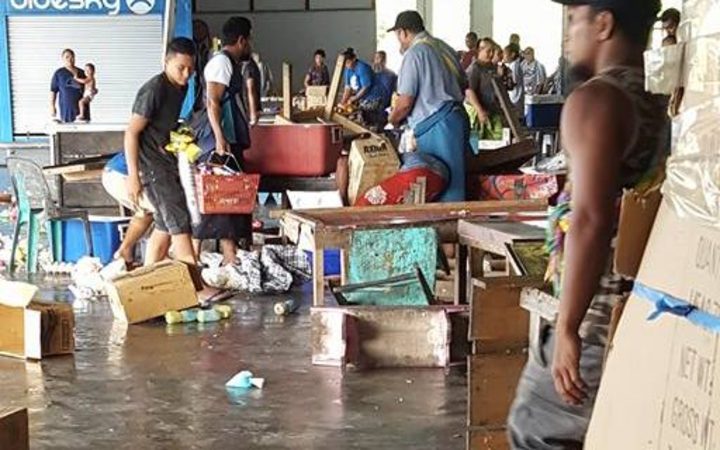 A scene from the damaged market at Salelologa Photo: Facebook

Fiu was discharged and put under probation for 12 months and was also ordered to pay $US95 in court costs.

The three defendants were charged as a result of a brawl between youths of Salelavalu and Salelologa villages.

A village orator and a former ruling HRPP party MP, Fiu Loimata, representing Salelologa village in court, had asked for leniency for the three men.

He said the village councils had attended a reconciliation between the two villages without knowing the defendants were at Salelologa market committing the offences.