Jonas Cullwick, a Vanuatu journalist whose thousands of stories over a more than 40-year career chronicled the country's growth from independence, died suddenly in Port Vila on Saturday. 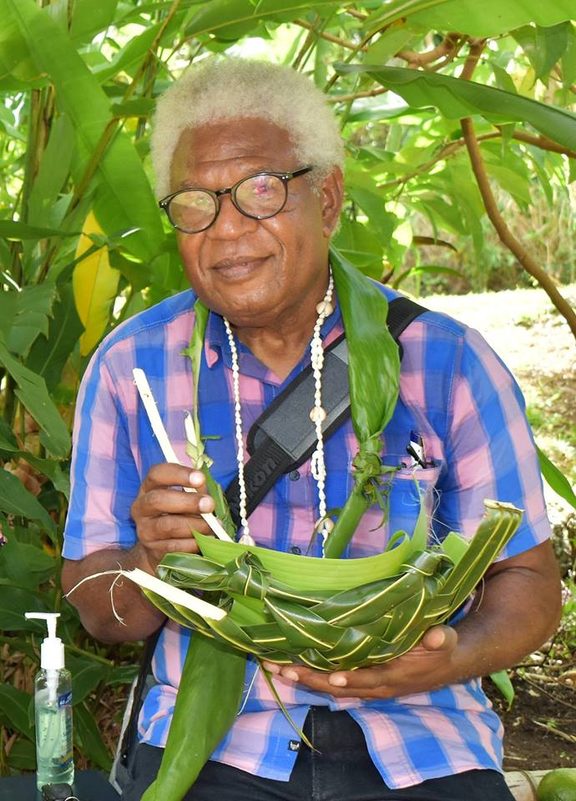 His death of a suspected heart attack was confirmed by his Daily Post colleague and childhood friend, Len Garae. A kastom ceremony was held in Port Vila on Saturday, ahead of the repatriation of his body to his home island of Maewo.

"It's a sad day for the media in this country, that's for sure," said Mr Garae. "His passing leaves a hole that's going to be difficult to fill."

Mr Cullwick was in his mid-60s, Mr Garae said, and his death was unexpected.

"I was shocked to receive the phone call this morning. There was no sign that he was going to go," he said.

"Two or three days ago I passed by the office because I'm on leave, and he said 'don't you worry about anything, bro, go and have a good holiday and we'll look after things here in your absence."

Jonas Cullwick was born and raised on Maewo, a long and narrow island to the east of Santo with a population of about 3,500. In his teens, he moved to Port Vila to attend the British secondary school, which is now known as Malapoa College.

Mr Cullwick went straight from school and into journalism for British-controlled Radio Vila, where he was a reporter and newsreader, as Britain and France moved to dissolve a jointly-governed condominium to step aside for the creation of the state of Vanuatu.

Announcing those developments across the airwaves of the archipelago every night was Mr Cullwick, said Mr Garae, who went to the same secondary school as Mr Cullwick and joined him at the broadcaster in 1976.

"He was already well-known and well-respected then," he said.

Mr Cullwick stayed on at the broadcaster long after independence, chronicling the twists and turns that seized ni-Vanuatu society in the years since 30 July 1980. For every high and every low, Mr Cullwick's gentle voice was the one sharing them. He took a regional standing, too, in the 1990s becoming the editor of Pacnews, a regional body, when its offices were in Port Vila.

Eventually, though, Mr Cullwick had a brief flirtation with a political career, becoming a secretary at the Ministry of Home Affairs. But the pull of journalism was too strong.

"It wasn't that long," said Mr Garae. "He came and joined us at the Daily Post."

At the small but agile and dogged Daily Post, Mr Cullwick didn't take long to swing back into his old habits. Most days, his byline graced the front page with his latest scoop.

"The network that he's built, as soon as people knew it was Jonas Cullwick caling they would pick up the phone," said Mr Garae. "He was a well-known and well-respected journalist in much of the country."

Mr Cullwick was also a staunch advocate for media freedom in a country where it can sometimes come under heavy pressure, and was also the chairman of the Island Council of Chiefs of Maewo in Port Vila, where he worked hard to represent the Maewo people in the capital.

Discussing the life and the achievements of his dear friend, Mr Garae reflected back to some of those final words from Mr Cullwick: "Don't you worry about anything bro ... we'll look after things in your absence."

"We'll have to do our best in his absence," Mr Garae said. "He's left a big hole for the media in Vanuatu."

Mr Cullwick served as editor of Pacnews when its offices were in Port Vila in 1995.

Mr Cullwick is survived by his wife and several children, including one son who is now the chief surgeon of Vila Central Hospital.