Pacific Island midwives in New Zealand are among hundreds who joined a march in Wellington today to get fair wages and working conditions. 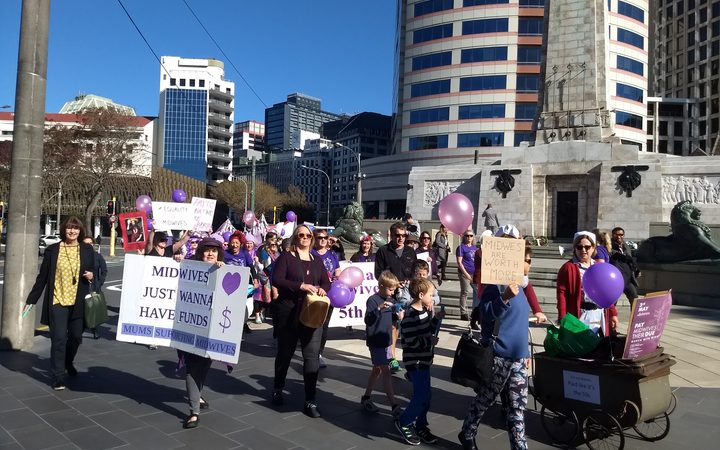 The midwives said they are overworked, stressed and underpaid.

Just over two percent of the country's midwives are of Pacific descent but the workload is often heavier because Pacific mothers tend to experience more complicated births.

One of two Pasifika representatives on the national College of Midwives, Trish Taihia, said they end up working many more hours to offer appropriate cultural care, but their pay doesn't adequately recompense them.

"There always has been those women who were the traditional midwives and they've been the guardians of birth and it's so deeply more than just the profession, they have been around in the bible, and I think for Pacific culture we have to actually grow our own guardians of birth here in Aotearoa."

The College of Midwives said the average hourly take home pay for rural midwives was just over $7.20 per hour - less than half of the minimum wage and for urban midwives it was around $12.80.