A petition has been launched in French Polynesia in a bid to defer this month's territorial election to remedy irregularities in the registration process.

The newly formed group Our Movement said within three days, its online petition had been signed by 2,000 people.

It was launched in response to obstruction by administration officials who allegedly refused to certify documents needed for candidates to stand.

The new party's leader Tevai Haumani said some of his candidates withdrew after being threatened with job losses.

He said because of this interference his party couldn't lodge its list of 73 candidates on time.

Mr Haumani had also written to the French president Emmanuel Macron asking for protection of aspiring politicians for there to be a democratic choice.

Leaders of another new party list, A Ti'a Mai, also said it faced obstruction and therefore couldn't meet the deadline for the election April 22nd. 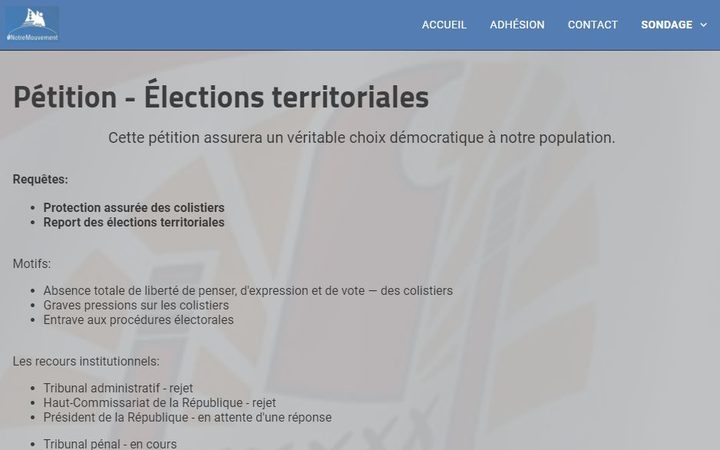 Our Movement in Tahiti calls for deferral of the election Photo: FB Our Movement