New Zealand and Australia are assisting with the delivery of relief supplies to communities affected by volcanic activity in Solomon Islands. 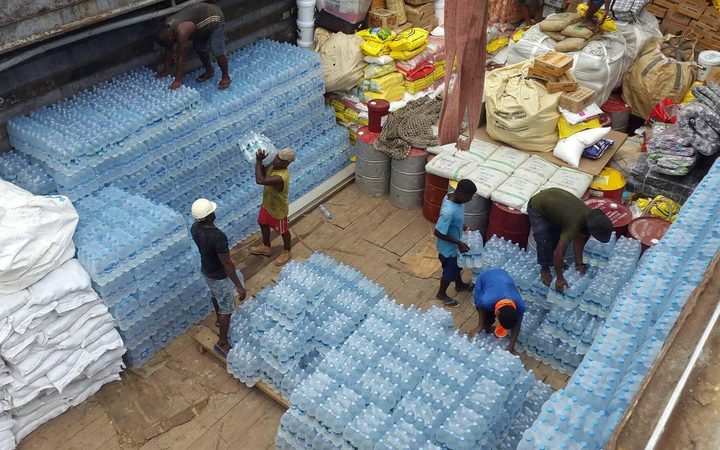 Tinakula volcano in the country's remote Temotu province had what local disaster officials describe as a minor eruption eleven days ago.

On some nearby islands, including in the Reef group, significant volcanic ashfall covered crops and contaminated water supplies.

According to Australia's High Commission in Solomon Islands, an estimated 11,500 people's primary water sources such as tanks, wells and ground water were contaminated.

Australia and New Zealand contributed to a shipment with over 200,000 litres of potable water that embarked for Temotu from Honiara at the weekend.

The ship was due to have reached the affected communities by yesterday.

However some Temotu community advocates have questioned whether the thousands of plastic water bottles will be recycled.

They said if Australia and New Zealand could invest in desalinator units in the region, it would help address immediate water needs rather than rely on water bottles which can be damaging to the environment.

The distribution of the water supply and other relief is being co-ordinated by the Solomon Islands National Disaster Management Office.

The Office said relief supplies are also being sent to the Temotu region for Tikopia, Anuta and Duff Islands which have been experiencing critical food shortages after Cyclone Donna damaged root crops in early May.