A team from the US Centers for Disease Control (CDC) says it is impressed with the work of the Early Hearing Detection and Intervention program in the Marshall Islands. 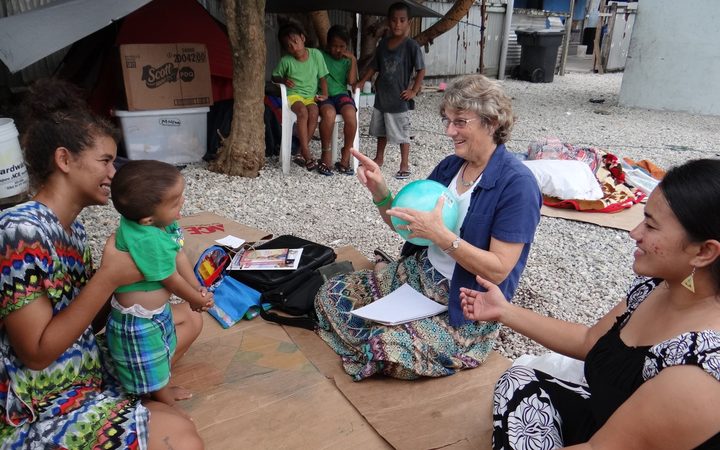 Early Hearing Detection and Intervention program staff Chinilla Peter (right) and Nancy Rushmer teach sign language to a mother and young child who is hearing impaired during a home visit in Majuro in this file photo from 2015. Photo: Hilary Hosia

Following a recent visit to Ebeye and Majuro, Marcus Gaffney, the team leader from CDC's Early Hearing Detection and Intervention (EHDI) section and Eric Cahill, a health scientist also with CDC, joined audiologist Ray Miner for the visit to both islands, where they engaged with EHDI Coordinator Chinilla Pedro and hospital staff providing the services for babies and children.

Mr Miner is taking over grant management of the program from Jean Johnson, a University of Hawaii professor who retired last month after overseeing the EHDI program since its inception in Marshall Islands in 2011.

"The professionals here are committed to making life better for the people of their country," said Mr Cahill.

"You can see it. They're invested in the kids."

Mr Gaffney explained that CDC funding supported the data side of this service delivery program and had established a working system for tracking and monitoring babies and children with hearing needs.

If the babies don't pass the screening test, they are then pegged for diagnostic follow up and intervention, as necessary.

The goal, said Mr Gaffney, was to have newborns screened within the first month of birth, diagnostics done within three months, and intervention started by six months.

"We use data to ensure these benchmarks are being met," he said.

"Since 2012 we have been able to electronically track every birth, and update with screening and diagnostic information," said Mr Johnson.

"For those babies with a special need for early intervention services, we now have the capacity to document the services they are provided." 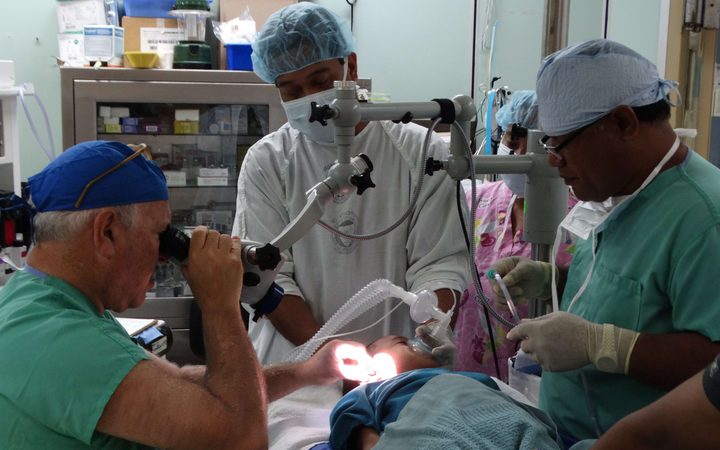 Mr Gaffney said it showed a lot of progress in that time and a new three-year funding cycle that started earlier this year aimed to "build on this progress and ensure diagnostic and intervention services are provided."

The new grant was a competitive award and the Marshall Islands programme won one of 49 awards nationally.

Although Palau and the Federated States of Micronesia had been funded in the previous round, they were not re-funded for the new three-year period, Mr Gaffney said.

Mr Miner said there was a transition process now with his taking over management of the grant from his Honolulu base.

The University of Hawaii is the "fiscal agent" for the programme.

All services are provided by hospital staff at Majuro and Ebeye, he said, with visits by ear specialists from the US as needed.

Longer-term, the hope was that this programme would grow to become part of the Ministry of Health's program so that it would ensure its sustainability whether or not the federal government funded it in the future, Mr Mr Miner said.

"The data system is important, but it is nothing without the staff," said Mr Gaffney.

"People are the key, and [in Marshall Islands] they are so invested, going the extra mile to contact the family to provide services."