The Papua New Guinea men's cricket team is seeking more consistency in the field in their second match against an Australian Indigenous side.

The tourists were beaten by 84 runs on Sunday, in the opening match of a month-long stint in Queensland and the Northern Territory.

Opening batsmen Darcy Short top-scored with 86 runs as the Indigenous team piling on 347 runs in their 50 overs. 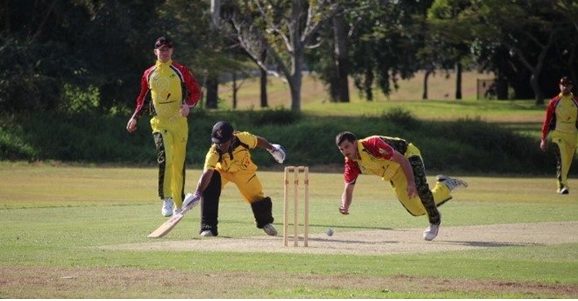 Interim head coach Jason Gillespie said the Barramundis bowlers had their moments but need to be more disciplined with their length.

"We've got to make sure that if we're going to bowl a short ball it's got to be a good one and make sure our line and length is absolutely spot on," he said.

"I asked Darcy for his feedback on when he batted against our opening bowlers and he thought they bowled well but it was when on the surface - the surface was a little bit slow - and when the ball was dug in shorter it just sat up a little bit and he said that's when he could seize those opportunities to score.

"So that was really good feedback for our seamers - they knew they bowled well in patches but they just gave away that one ball an over, so they've worked on something they can be maybe a little bit sharper on going into the next game and that's great.

"...that's exactly what they spoke about was their opportunity to improve was making sure they're very disciplined with the length they bowl".

The Barramundis will play a total of 12 matches in Australia over the next few weeks as part of their preparation for Intercontinental Cup and World Cricket League matches against Scotland in Port Moresby in October.

Jason Gillespie will remain as interim head coach throughout that time, allowing Cricket PNG time to recruit a permanent replacement for Dipak Patel, who parted ways with the Barramundis in July after three years in charge. 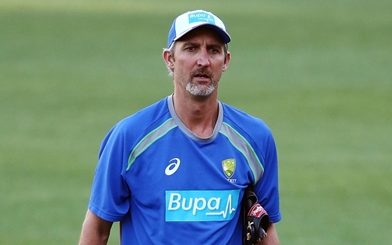 The 42-year-old former Australia international initially agreed come on board as a consultant coach for the next 12 months but agreed to step up to the top job on a short-term basis, after finding some time around his commitments as Australia 'A' and Adelaide Strikers head coach.

"I saw it as a really good opportunity to be able to see where I could help and to work with an international side is an offer too good to refuse, I suppose," he said.

"With the lads they've been great and I feel that I can help them with their games so with any opportunity that you get presented that's probably the first thing that you think about: 'Can I contribute in any positive way?' and if you can then you consider taking the roles on".