The Samoa and Papua New Guinea cricketers are heading for a final day showdown after both recorded comprehensive wins at the Women's World T20 - East Asia-Pacific Qualifier in Sano, Japan.

Opener Shizuka Miyaji was the only Japan batter to reach double figures (13) as the hosts were restricted to a miserly 49 for 6 from their 20 overs against Samoa.

Maria Tato was the pick of the Samoa bowlers, taking 2 for 11 from her four overs, including one maiden, while Feala Vaelua conceded just four runs in three overs.

Samoa comfortably chased down their victory target with seven wickets and more than ten overs to spare, with Lagi Telea unbeaten on 17 at the top of the order.

Meanwhile opener Judy Avok batted throughout the Vanuatu innings for a match-high 47 not out but the Melanesian side still only managed a total of 81 for 8 batting first against Papua New Guinea. 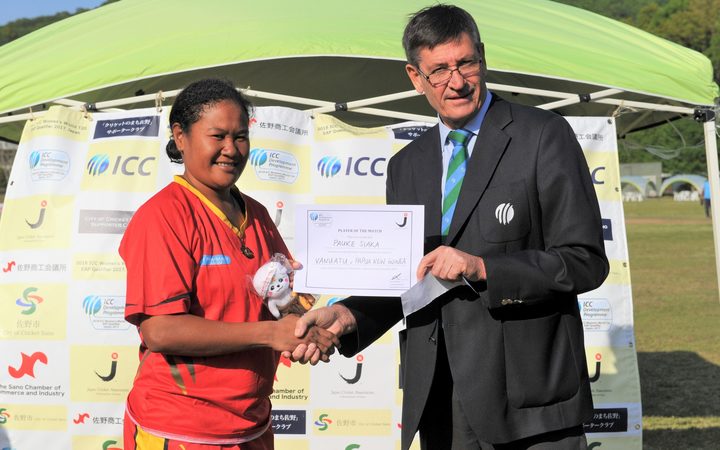 Captain Pauke Siaka top-scored with 33 from 29 balls as the Lewas reached their target with five wickets with 33 balls to spare.

Samoa remain unbeaten after four matches and take on Vanuatu in today's penultimate round.

PNG are a win back in second spot going into their next match against Japan.

The top team will qualify for the 2018 ICC Women's World Twenty20 Qualifier.