A Vanuatu MP has praised New Zealand's parliament for its recognition and engagement with communities.

Andrew Solomon Napuat the Member of Parliament for Tanna constituency was among 40 Pacific parliamentarians in New Zealand this week for the Pacific Parliamentary Forum.

Mr Napuat said what he found particularly intriguing about New Zealand's parliament was its recognition and engagement with Maori and Pasifika peoples.

"This is something that we should encourage and it is my hope that future politicians continue to treasure this."

"Because my fear is if we lose this then we might be formulating a society that might not be suitable for the people and especially the generation that is yet to come in the future," he said.

The Pacific Parliamentary Forum wrapped up on Friday with delegates debating on the floor of New Zealand's parliament on climate change, Pacific resources, security and governance, and Parliament and the community.

Earlier in the week the delegates were in Auckland where the focus was on community, business and MP constituency engagement. 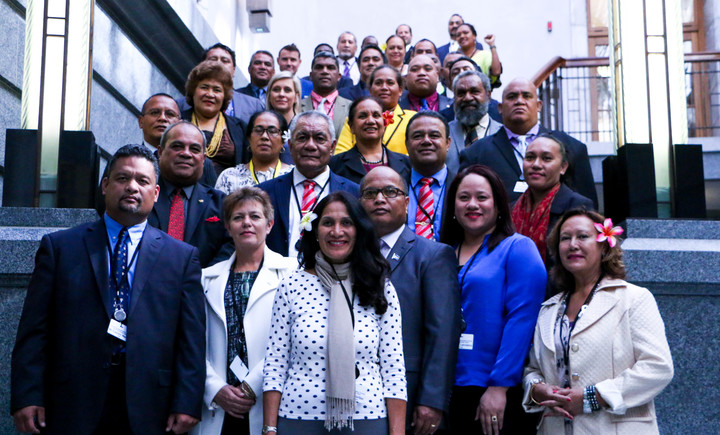 Pacific MPs pose for a group photo inside the New Zealand Parliament building. The more than 40 delegates from 17 Pacific countries and territories are in New Zealand for the Pacific Parliamentary Forum. It was held in Auckland and Wellington from the 14th to the 18th of November 2016. Photo: RNZI / Koroi Hawkins