American Samoa's Election Office says it has not received any requests for a recount or challenges as of Friday. 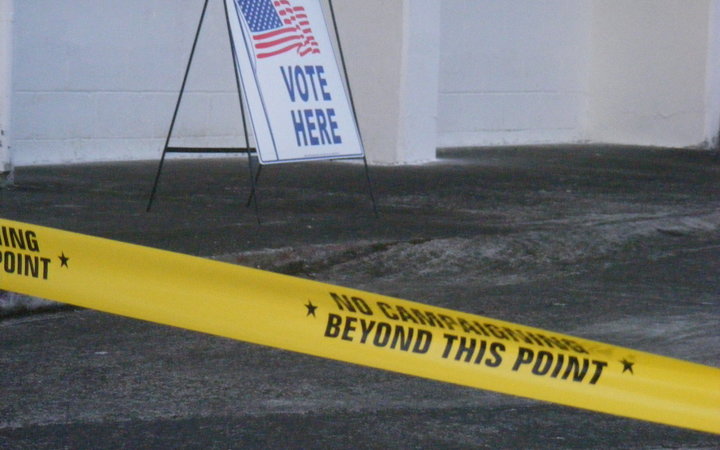 A “Vote Here” sign, with yellow tape “no campaign beyond this point” is a common scene for voters entering one of the 44-polling stations in American Samoa. Photo: Fili Sagapolutele

The results of Tuesday voting will remain unofficial until the seven day deadline for any challenges is up.

Chief election officer Uiagalelei Dr Lealofi Uiagalelei said they have not received a request for a recount and there have not been any challenges.

Our correspondent said this was not the first time that the two candidates ended up with a one vote difference. In a previous election the two tied and were headed for a straw vote when one conceded the election to the other.

KHJ News asked Uiagalelei about the absentee ballots disputed by the Faoa Sanitoa camp because they did not have receipt dates but Uiagalelei said there had been no further discussion since the day of the election.

Uiagalelei said unless there was a challenge, there was no further action by the Election Office.

The election results would be made official next Wednesday.

Uiagalelei is thankful that the elections went very smoothly and while there were a few complaints during the day from some voting precincts, it was an orderly and peaceful election day.