Papua New Guinea have a short turnaround to prepare for their next international cricket series against Namibia in Port Moresby.

The Barramundi's spent the past three weeks in Australia playing in the South Australian Premier League, where they won four of their six completed matches.

PNG host Namibia in a four-day Intercontinental Cup match from Sunday before two one day internationals as part of the World Cricket League. 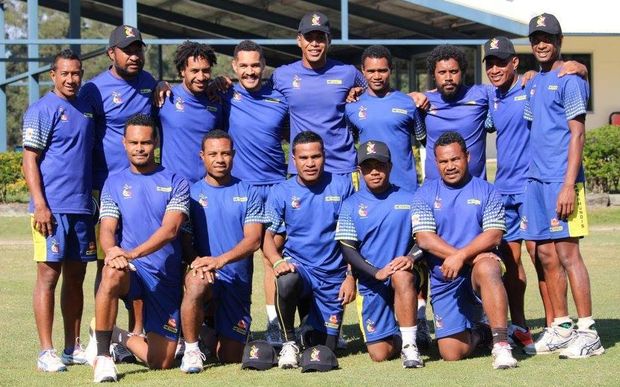 Head coach Dipak Patel said his players don't have much time to catch their breath.

"We need to get the boys some R and R in between some training as well. The planning has already started and probably the most two important games we've got coming up, with the four-day international and the two ODIs," he said.

"It's something the boys and really looking forward to. They don't play at home very often and this is another opportunity to show their wares in their own country."

Both PNG and Namibia won their opening four-day matches last year but are sixth and seventh in the Intercontinental Cup standings after back to back defeats.

An outright win would lift either team above Hong Kong and Scotland into fourth place.

The Barramundi's defeated Kenya 2-0 in May in the World Cricket League Championship and are fourth in the ODI standings with four wins and two defeats. 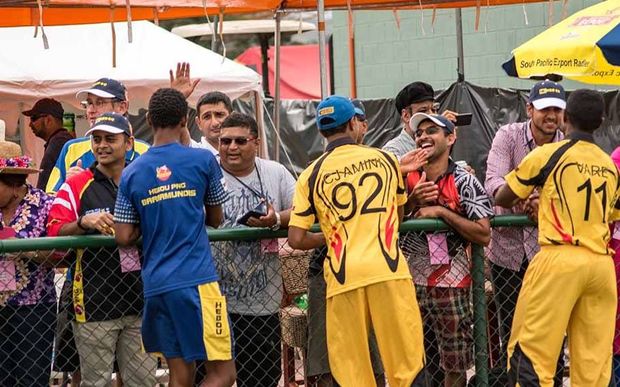 PNG players greet fans during their home ODI series against Kenya in May. Photo: Cricket PNG