Samoa will make its international fencing debut at the Oceania Under 20 Championships in Lower Hutt this week.

The sport was introduced into the country last year after the Oceania Fencing Confederation gauged interest in the Pacific region and sent a coach from Australia to teach the sport in local schools.

Samoa is the first Pacific Island country to try its hand at the Olympic discipline. 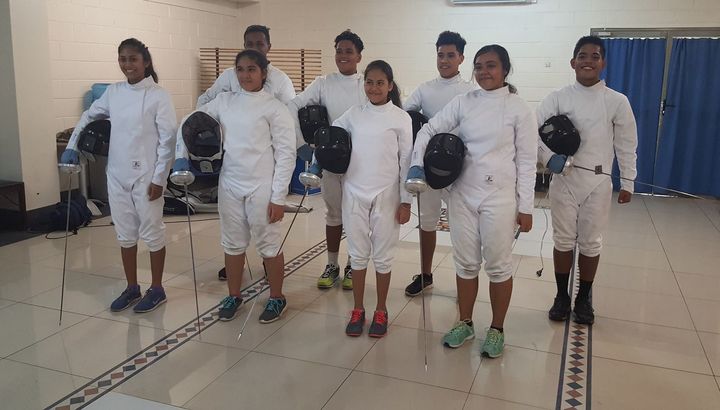 Samoa's first ever fencing squad ready for their international debut at the Oceania Under 20 Championships. Photo: Facebook / Oceania Fencing Confederation

National coach Tuiloma Walter Lee Imo said about 20 boys and girls initially took up the opportunity but only a month ago did the coach return and the top eight were selected to compete in this week's event.

"We haven't done any fencing before they asked us if we want to do fencing in Samoa. I did a couple of training sessions with the Australian coach that came from Adelaide and then whatever I learned in that session I pretty much just relayed it off the following day," he said.

"Everything is new: the way they compete, the actual competition, layout and everything else is totally new to them.

Tuiloma said competing at an international tournament is a completely new experience for the entire Samoa team and they simply want to do their best.

"before I came (to New Zealand) I had no expectations. I just wanted them to have a bit of fun and see what fencing is like but we had a training came two days ago and they've actually really impressed everyone that's at the training camp, which is Australian coaches, OFC coaches and New Zealand coaches," he said.

"I actually hope we as a team actually compete and compete well and not just there just to make up numbers. Not to win anything but to actually gain a lot of confidence and actually to have very close competition with the better fencers.

Tuiloma said there's also been a lot of interest from other Pacific countries in taking up the sport, including American Samoa, Guam and Fiji. 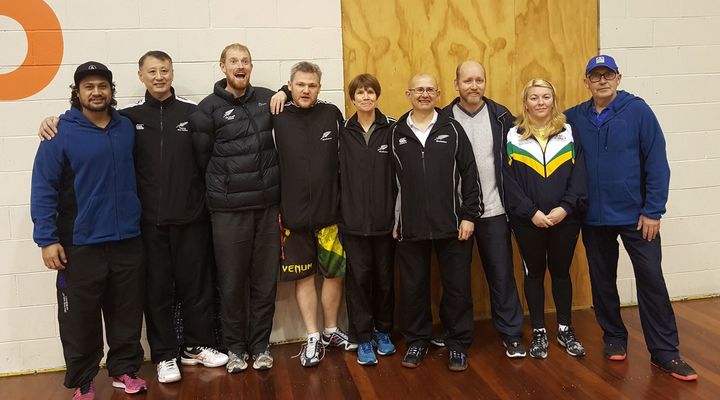