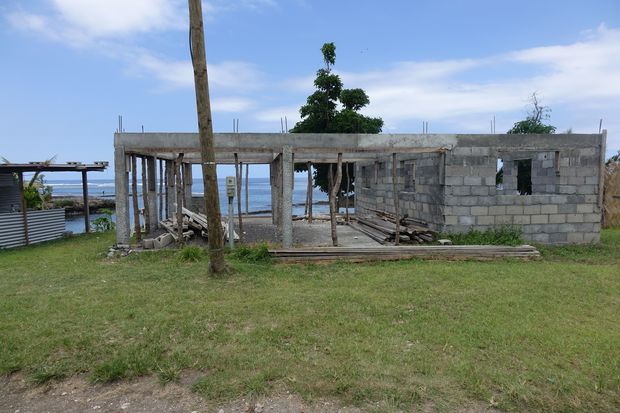 An abandoned building on the Vanuatu island of Tanna, which was damaged by cyclone Pam in March 2015. Photo: RNZI / Jamie Tahana

The World Bank wants Pacific countries to take immediate steps to ensure buildings and construction projects can better withstand the threat of disasters.

One example given is that the retrofitting of buildings to withstand cyclones can cut losses by up to 50 percent.

The World Bank's Denis Jordy says the report quantifies the potential costs of climate adaptation and targets ways in which governments can manage vulnerability and build resilience.

"I think the key message again is really to act now, and build resilience now to resist both current risks that currently now exist as well as the future risks that will occur with the change in climate."

The report said that since 1950, natural disasters have affected 9.2 million people in the Pacific region and caused approximately 10,000 deaths with US$5 billion in associated costs.