Papua New Guinea's government is to meet this week for discussions on ownership of major mining and petroleum projects and shareholding in the country.

Among the shareholding items which Prime Minister Peter O'Neill says the National Executive Council will discuss is its involvement with Bougainville Copper Ltd.

Last month Rio Tinto gave away its majority shareholding in BCL to the Bougainville and PNG national governments, a move that angered Bougainville which had expected all the shares so it had control of the mine.

PNG's government is also to discuss ownership of the Ok Tedi mine in Western Province. 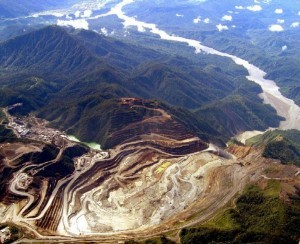 The government had a 37% share in Ok Tedi when in 2013 it moved to take on a majority share by subsuming the 63% stake of the Sustainable Development Programme.

The move has been disputed by the SDP in a series of court actions.

However PNG Loop reports Mr O'Neill signalling an imminent statement this week about both situations, and issues related to shares in PNG's LNG Project.

"I will be making a major statement after that (proposal) has been deliberated by the NEC," he said.

"Let me say it again: This government wants to empower landowners to have rightful ownership of their resources. I will deliver to them before I go to the elections, this is my promise."