Batting first, the home side posted the highest total of the tournament to date, 207 for 8, with captain Regina Lili'I leading the way with 56, ably supported by Via Andrew, who made 42, and 35 runs from Lelia Bourne.

Skipper Mai Yanagida anchored the Japanese run chase with a gritty 49 and combined with Etsuko Kobayashi for a 62-run fourth wicket partnership that kept the visitors in in the hunt after losing early wickets.

But once both players were out Japan's chase faltered and they were dismissed for 181. 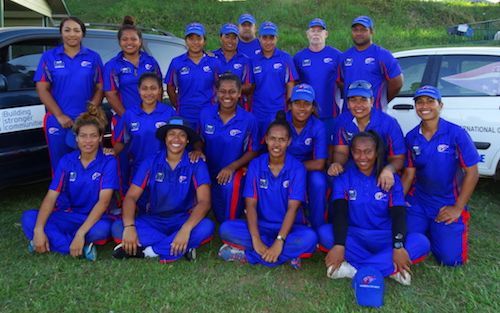 Samoa face top of the table Papua New Guinea Lewas today in the first match of the second round.

The host need to win to maintain their hopes of finishing top and advancing to next year's final global qualifier.

PNG, who defeated the Cricket Without Borders selection by 36 runs yesterday in a 40 over practice match, will seal top spot with a game to spare if they can repeat their victory over Samoa from Friday.