The duo needed to make the semi finals at the latest World Tour event in Hamburg to get into the top 15 in the world by the end of last weekend.

They lost to the top Brazilian pairing in the second round and finished in ninth place in the tournament to leave them 16th in the overall rankings, just two wins shy of reaching their goal. 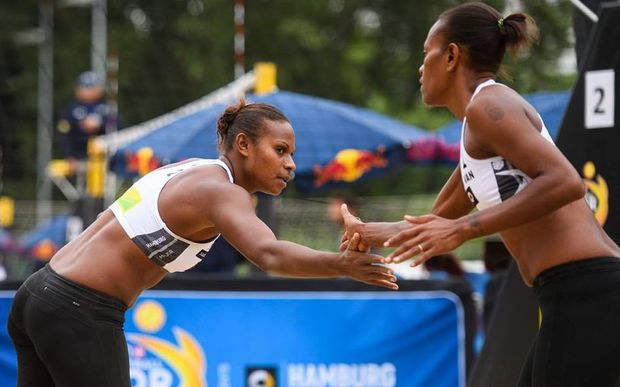 The President of Vanuatu Volleyball, Debbie Masauvakalo, said the team are now spending a few days with their families back in Port Vila before travelling to Australia for their next qualifying attempt.

"I was speaking to the coach Jason Lochhead and Jason is really happy with where the girls are at now with their performance and their game. They're very strong, they're looking good so they've been playing on the World Tour for the last few months, playing the best teams in the world. They're in good form so we should hopefully get a good outcome at the Continental Cup in Cairns next weekend."

The winner of the Asian Continental Cup will qualify for Rio while the second and third ranked teams will travel to the Continental Cup final in Russia, which has a further two Olympic spots on offer.