Ni-Vanuatu students studying at universities in Papua New Guinea have appealed to the government to bring them home as student unrest continues.

A spokesman for 41 ni-Vanuatu studying at three PNG universities made the appeal on Facebook from Goroka University out of fears for the students' safety.

A student said a fight between the Chimbu and Hagen students at the university's compound saw over 50 students in hospital and they do not feel safe being on the campus.

The Acting Director of Foreign Affairs Yvon Basil said the Council of Ministers was meeting today to decide on the best step to take.

Dozens of students were hospitalised after police opened fire on students at the university's Waigani campus when they tried to march to parliament to support a planned vote of no-confidence against Prime Minister Peter O'Neill. 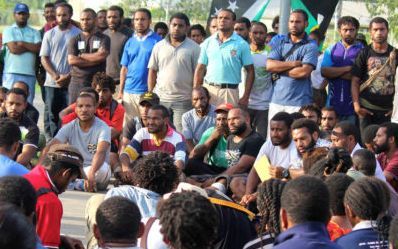 Our correspondent reported although classrooms were open yesterday, no one attended classes and some students said they were in a state of confusion as to whether to attend.

Some students instead painted their faces with mud and gathered at the forum square as a sign of respect for the students who were injured.

The UPNG Council obtained a court order last week that disallowed students from taking actions which "are contrary to their enrolment", banning them from making further protests.

The council chairman Nicholas Mann said any students who breached the court order would be dealt with accordingly.

Meanwhile the University of PNG Council has welcomed the decision to set up a commission of inquiry into the unrest.

The acting Chancellor and University Council chairman Nicholas Mann said the university administration had exhausted all its powers over the last five weeks to control students and contain the situation.

He said the students had gone too far.

The UPNG Council again appealed for normalcy on the campus.

The university's Students Representative Council also welcomed an inquiry but wanted it conducted by an independent body.